Scroll down for the first webinar announcement (May 23, 2017, by Prof. Thom Jayne)

PIM webinars conducted in May - November 2017

About webinars
The PIM webinars aim to share findings of PIM’s research, discuss their application, and get feedback and suggestions from participants. Webinars will take the form of research seminars conducted by PIM researchers. Each webinar is a live event consisting of a presentation (30 min) and a facilitated Q&A session (30 min). Webinars will be recorded and shared on the PIM website.

May 11, 2017 -- We are pleased to announce the launch of the PIM Monthly Webinars and the first webinar in this six-month series, The Rise of Medium-Scale Farms in Africa: Causes and Consequences of Changing Farm Size Distributions by Prof. Thomas Jayne on May 23, 2017, at 11:00 AM EST.

The Rise of Medium-Scale Farms in Africa: Causes and Consequences of Changing Farm Size Distributions 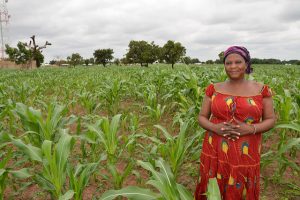 This presentation highlights the causes and consequences of changing farm size distributions in sub-Saharan Africa. Medium- and large-scale farms account for a rising share of total farmland, especially in the 5 to 100 hectare range where the number of these farms is growing especially rapidly. Medium-scale farms control roughly 20% of total farmland in Kenya, 32% in Ghana, 39% in Tanzania, and over 50% in Zambia. The rapid rise of medium-scale holdings in most cases reflects increased interest in land by urban-based professionals or influential rural people. The rise of medium-scale farms is affecting the region in diverse ways that are difficult to generalize.  Many such farms are a source of dynamism, technical change and commercialization of African agriculture.  Evidence shows that the rise of bigger farms is encouraging new entry and investment by large-scale traders and more concentrated marketing channels as well as greater use of mechanization even by small-scale farmers.  However, medium-scale land acquisitions may exacerbate land scarcity in rural areas, bid up land prices and encourage outmigration of rural youth. Medium-scale farmers tend to dominate farm lobby groups and influence agricultural policies and public expenditures to agriculture in their favor. Nationally representative Demographic and Health Survey (DHS) data from six countries (Ghana, Kenya, Malawi, Rwanda, Tanzania and Zambia) show that urban households own 5% to 35% of total agricultural land and that this share is rising in all countries where two or more DHS surveys warrant comparisons over time. This suggests a new and hitherto unrecognized channel by which medium-scale farmers may be altering the strength and location of agricultural growth and employment multipliers between rural and urban areas. Given current trends, medium-scale farms will soon become the dominant scale of farming in many African countries.

See recording of the webinar here

Thomas Jayne’s career has been devoted to working with African colleagues to respond to the region’s major agricultural policy challenges.  Jayne is University Foundation Professor of Agricultural, Food, and Resource Economics at Michigan State University. He is also Co-Director of the Alliance for African Partnership, a university-wide initiative at MSU to promote long-term partnerships with African research and capacity building organizations. Jayne is also a Distinguished Fellow of the African Association of Agricultural Economists.  He has mentored dozens of young African professionals and played a major role in building MSU’s partnerships with African agricultural policy research institutes, serving as co-director of several grants from USAID, DFID and the Gates Foundation focusing on building sustainable research capacity in Africa.  Over the past decade, he has received six distinguished research excellence awards from various professional and academic organizations, including the 2009 Outstanding Article Award in Agricultural Economics. Read more