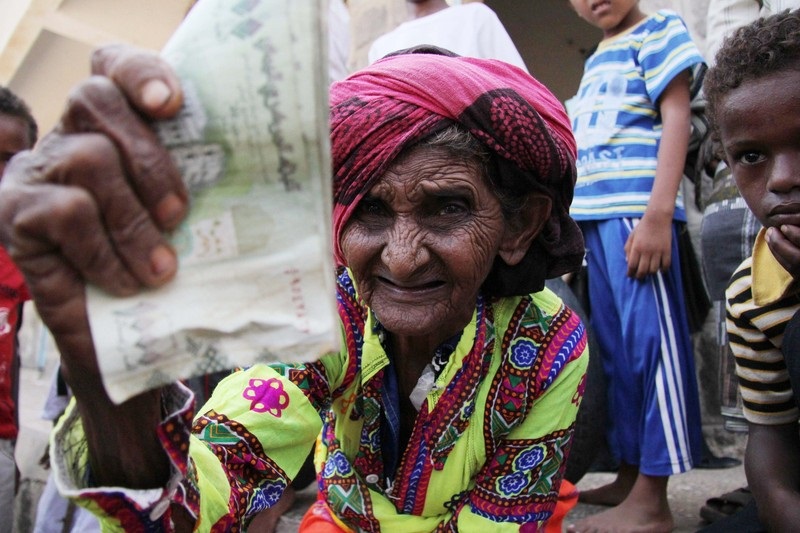 Spiking acute malnutrition among children has become a focal point of global attention on the humanitarian impact of the war in Yemen. Before now, however, there has been little research evaluating the effectiveness of aid in mitigating rising hunger resulting from conflict.

“Our findings provide evidence that cash transfer programs that include nutritional training can be an effective response to mitigate acute childhood malnutrition, even in an environment of conflict,” says Sikandra Kurdi, associate research fellow at IFPRI and lead author of the study.

The research evaluated the ongoing Cash-for-Nutrition program of Yemen’s Social Fund for Development (SFD), which provides vulnerable poor households with young children monthly cash infusions and training in child and maternal nutrition. The program is designed to provide not only monetary support for purchasing food but also knowledge and practices for improving diets and nutrition.

“Preventing malnutrition requires more than just addressing the immediate need for calories,” says Kurdi. “Children who do not receive sufficient micronutrients during the first 1,000 days of life are at risk of a host of long-term developmental problems, so it is critical that emergency aid ensures a diet that is adequate in both calories and nutrition.” 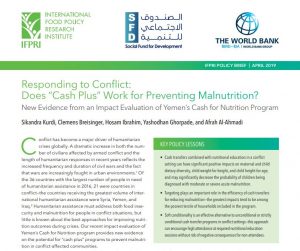 Findings indicate that the SFD program was effective in improving both diets and nutrition. Despite severe declines in dietary diversity across Yemen due to the conflict, households participating in the program increased food purchases by at least 17% and spent the majority of that money on non-staple foods with greater nutritional value like vegetables, fruits, milk, and eggs. Even as dietary diversity declined overall following conflict, those participating in the program maintained more diverse diets and nutritious diets than non-participating households.

These improvements in diet resulted in substantial impacts on longer-term child malnutrition outcomes. The program decreased the rate of children diagnosed with acute malnutrition by 10 percent, in the context of an overall increase of 13 percent of such diagnoses.

Evidence suggests that even those who did not receive cash through the program nonetheless benefited from the nutrition trainings. Households in communities participating in the SFD program that did not receive the cash transfers still demonstrated increased knowledge about exclusive breastfeeding and iron-rich foods for preventing anemia, among other improved health practices.

“The broader impacts of this program indicate how much difference effective aid can make in a community suffering from the effects of conflict,” says Clemens Breisinger, co-author of the brief and lead for IFPRI’s Middle East and North Africa team.

The study findings suggest similar “cash plus” programs could be effective in reducing malnutrition in other contexts of conflict as well. “Conflict has become a major driver of persistent malnutrition globally, so understanding what approaches work for improving malnutrition in conflict situations is critical not just in Yemen, but worldwide,” adds Breisinger.

The impact evaluation underlying this research was managed by the World Bank and funded by the Nordic Trust Fund. Data collection was funded under the Yemen Emergency Crisis Response Project, funded by the International Development Association (IDA) of the World Bank Group and implemented by the United Nations Development Programme and its implementing partner the Yemen Social Fund for Development (SFD). This work was undertaken as part of the CGIAR Research Program on Policies, Institutions, and Markets (PIM) led by the International Food Policy Research Institute (IFPRI).