Many surveys ask who in the household makes key decisions, but most fail to ask why.

In a recent World Development paper, Tanguy Bernard, Chery Doss, Melissa Hidrobo, Jessica Hoel, and I investigate respondents’ perceptions of why a particular person makes key production and consumption decisions. Using data from dairy farmers in rural Senegal, we analyze how the identity of the decision-maker (husband, wife, or the couple together) and the rationale for decision-making are related to milk production, hemoglobin levels among children, and satisfaction with decisions. Outcomes that appear to be related to the identity of the decision-maker(s) are actually driven by decision-making typologies. Our results highlight the importance of identifying not just who makes decisions but also why.

To understand why particular individuals are involved in making different decisions, we develop vignettes, or survey instruments used to measure concepts that are more easily defined through examples (see Gary King’s website for discussions and examples). While researchers have used vignettes to measure topics ranging from subjective well-being (Ravallion, Himelein, & Beegle, 2016) and women’s agency (see Donald, Koolwal, Annan, Falb, & Goldstein, 2017 for a review) to bias against women politicians (Beaman et al., 2009) and risk aversion (Barter & Renold, 1999), we are the first to employ vignettes to analyze the processes of household decision-making.

Prior to conducting the vignettes, we ask a relatively standard set of questions about who makes decisions concerning (a) the distribution of concentrated food among lactating cows (which we label as “production decision”) and (b) how to spend income from milk sales (which we label as “consumption decision”). Respondents indicate if they or their spouse make(s) each decision alone or together. Next, to understand decision-making processes within households, we develop a typology of households and create vignettes to reflect these typologies. Drawing on the extensive literature on household decision-making, we identify five types of households based on five ways of understanding why certain individuals make decisions within the household. The following categories are not necessarily exclusive, but each has a different key element: 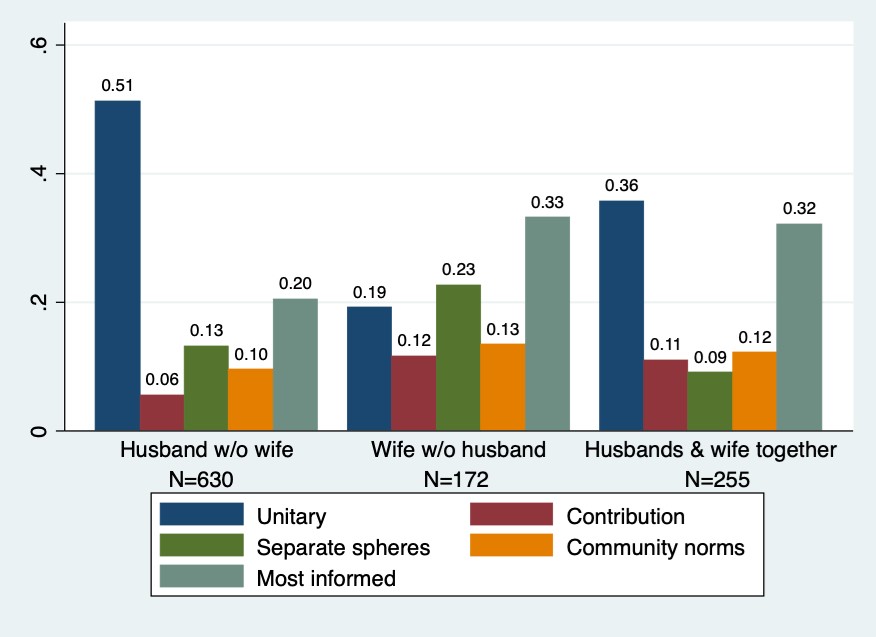 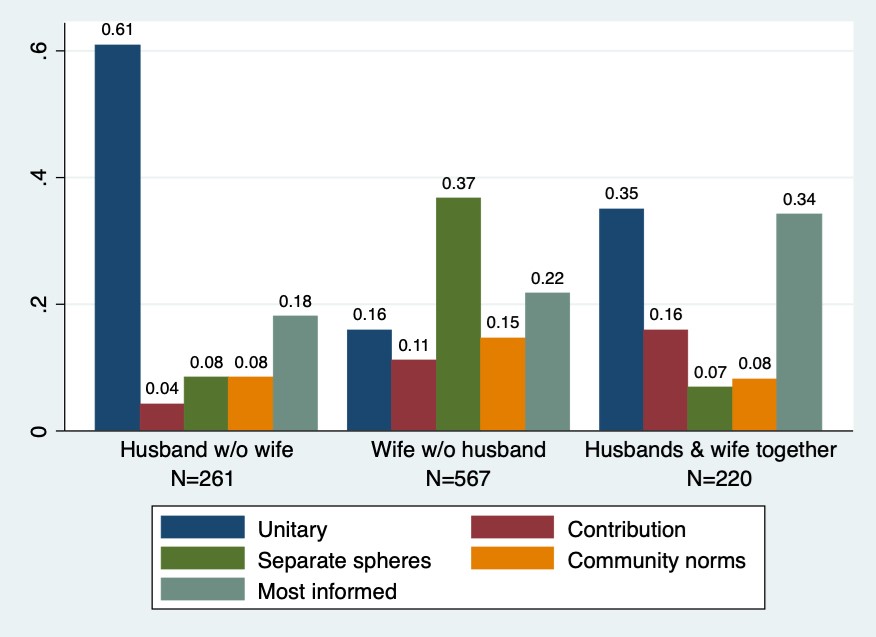 Pick a few key household decisions. We analyze one major production decision and one major consumption decision faced by the pastoralist households in our sample, finding that patterns vary across domains. This suggests that researchers should not interpret findings within one domain as indicative of how a household operates in all domains. If your budget only allows for vignettes on one type of decision, be cautious in drawing conclusions regarding other decision-making domains.

Adapt response options for ‘who decides’ to the context of your study. Since the vast majority of the existing literature on intrahousehold bargaining issues focuses on the decisions of husbands and wives, we frame most of our analysis in this perspective. However, the method and instrument that we propose can be extended to other individuals within the household by altering the response options regarding who decides. For example, you may be interested in who makes decisions in households with multiple generations of adults.

Pre-test the vignettes to ensure that the five typologies are relevant. By asking respondents which couples they resemble before asking which couple they most resemble, we are able to analyze correlations across typologies within each household. While there is substantial overlap, none of the typologies are perfectly correlated (see Table A). Using this approach, you may find that it is not necessary to include all five typologies. We also recommend considering whether other rationales drive decision-making processes in different contexts. 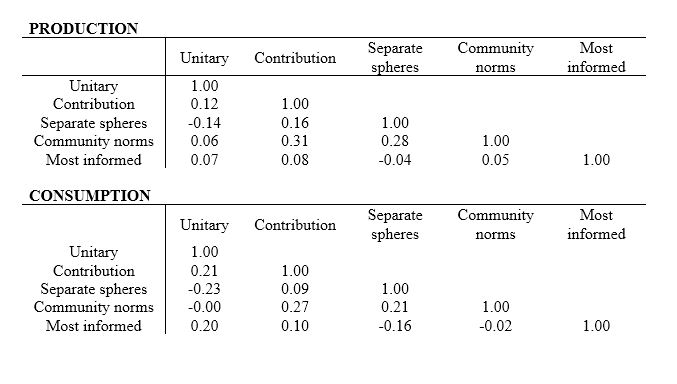 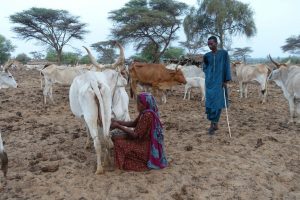 In this paper, we do not explicitly analyze whether husbands and wives provide different responses (or if wives living in polygynous households respond differently), but we include the responses of both husbands and wives in our analysis. We would have drawn very different conclusions had we only interviewed men. Research suggests that spouses often provide different responses to the same questions about household decision-making (Ambler et al., 2019; Donald et al., 2017; Poutvaara & Schwefer, 2018), but there is room for more work on this topic.

We perform a series of tests regarding the capacity of these vignettes to reliably assess why certain individuals are responsible for specific decisions. We find no evidence of large anchoring effects or systematic gender biases in answering these questions – as opposed to questions regarding who decides, where these biases are more evident. It may thus be useful to develop vignettes to assess who decides.

Caitlin Kieran is a Ph.D. student in the Department of Agricultural and Resource Economics at the University of California, Davis. She previously worked as a Senior Research Assistant for the CGIAR Research Program on Policies, Institutions, and Markets (PIM). Her research focuses on how policies and development programs affect and are affected by intrahousehold dynamics. Her current work examines how communication influences information asymmetries between spouses in the Philippines and whether altering spouses’ property rights induces inefficient allocations of productive resources in rural Ethiopia.