Participatory rangeland management (PRM) strengthens local governance institutions, the management of rangeland resources, and improves rangeland productivity. This was the conclusion of a three-year study reviewing the application and impacts of PRM in Ethiopia over the last 5–6 years. The study was undertaken by the International Livestock Research Institute (ILRI) in collaboration with World Resources Institute (WRI) and researchers from Meda Wellabu University and Haramaya University in Oromia region of Ethiopia, with assistance from non-governmental organizations CARE International in Ethiopia, FARM Africa, and SOS Sahel Ethiopia.

PRM was introduced as an approach in 2010 with the publication of Introductory Guidelines, developed by Save the Children USA in Ethiopia. In the following years PRM was piloted by a number of organizations including by SOS Sahel Ethiopia and FARM Africa in the Bale Mountains area of Oromia and Save the Children USA in Borana. In 2014, drawing from the lessons of the pilots, the PRM approach was significantly upscaled by CARE Ethiopia as part of the United States Agency for International Development (USAID)-funded Pastoralist Areas Resilience Improvement and Market Expansion (PRIME) project which worked across the pastoralist areas of Oromia, Afar and Somali regions. 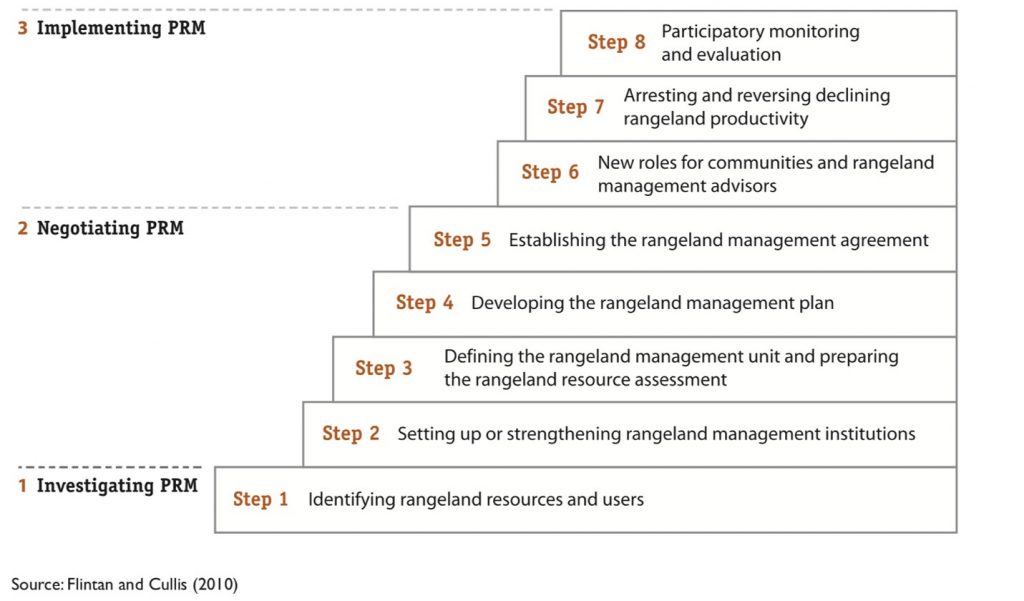 The steps of PRM were later adapted and improved by implementing organizations.

The study undertaken by ILRI used a selection of tools to assess the overall impact of the project socially and physically. A household survey, key informant interviews and the undertaking of a physical assessment using baseline data collected at the start of PRM interventions in Bale, all revealed similar positive results overall but with regional and/or organizational differences. These differences were attributed to the varying scales at which PRM was implemented and slight variations in application of the process.

Indeed, there were two main ways of implementing PRM: one, focusing on customary use of the land and institutions as the entry point and strengthening these, particularly at a landscape/rangeland level (led by PRIME/CARE); and two, an approach that is more similar to participatory forest management, working at a block or smaller scale with local communities to establish cooperatives as the governance institution, of which members of customary institutions would be a part (led by FARM Africa and SOS Sahel). 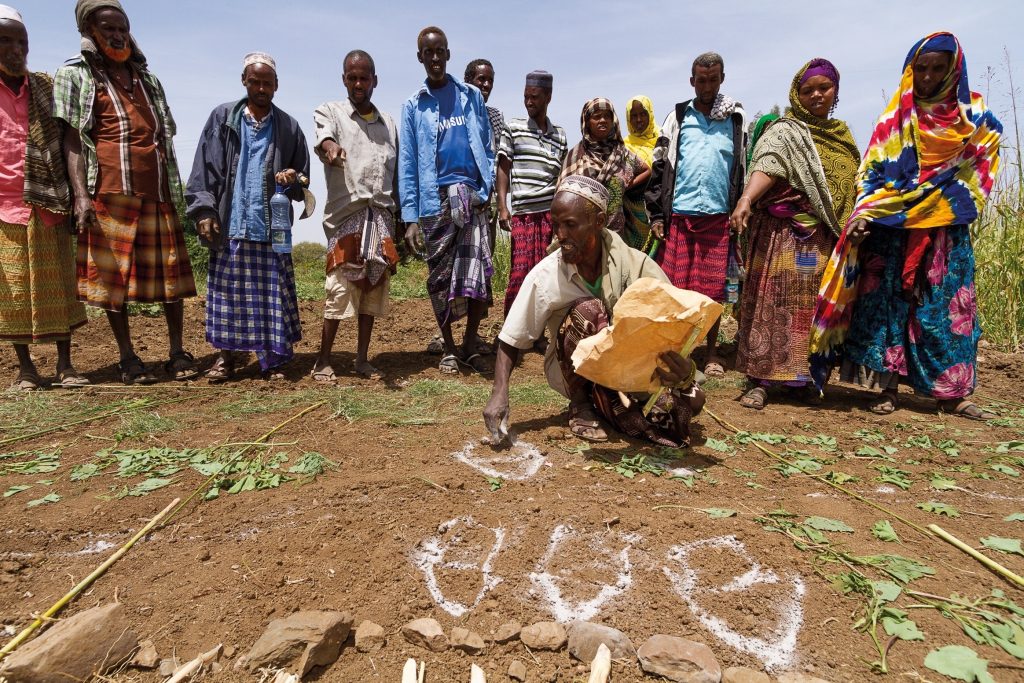 In the first of these approaches, the area touched by PRM was vast with approximately 8.8 million hectares being classified as rangeland management units, for which landscape-level rangeland management councils were set up.  Further, the rangeland management units in Oromia were used as the foundation for a new scheme to provide resource use and access agreements to pastoralists, established by the Oromia regional government and supported by a second USAID-funded project called LAND (Land Administration to Nurture Development).

In the second approach, the focus of PRM was much more local, working within a village or kebele and establishing a much closer relationship and ‘buy-in’ from local communities who were mobilized into rangeland management cooperatives. This resulted in significant positive impacts on local governance and management of the grazing lands and most particularly in the inclusion of women, as well as signs of improved rangeland productivity. However, because the focus was more local, planning and/or management was not undertaken across the wider landscape-level rangeland unit and as a result some conflict arose between land users. 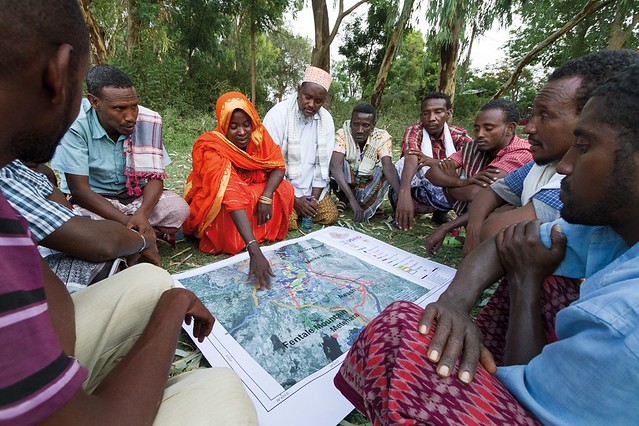 The study concluded that: