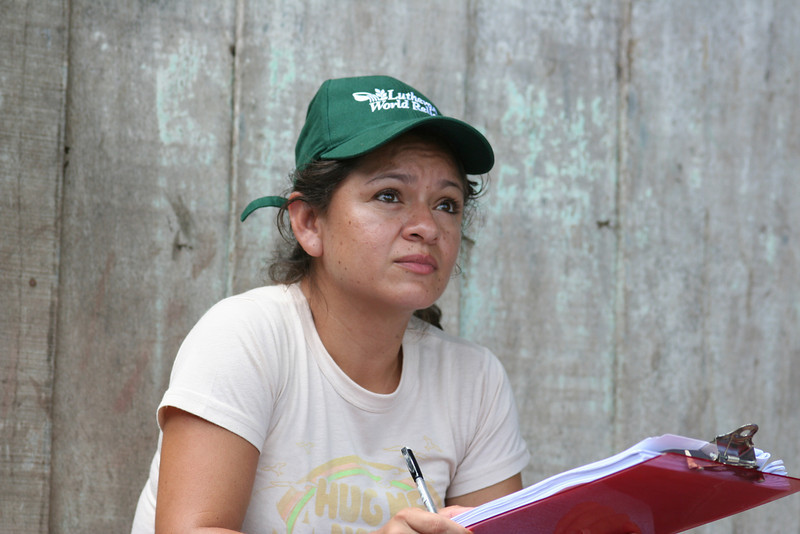 This blog was originally posted on the Roots, Tubers and Bananas (RTB) website.

With the aim of making postharvest work more inclusive, effective and equitable, RTB teamed up with the CGIAR Research Program on Policies, Institutions and Markets (PIM) to support efforts to integrate gender into value chain approaches, tools and interventions.

This initiative builds upon knowledge sharing between CIP researchers in Africa and South America who had been integrating gender into the Participatory Market Chain Approach (PMCA) developed by CIP. The PMCA is an approach that helps to structure participatory processes that involve different market chain actors with an aim of stimulating joint innovations based on shared ideas and trust. It gained impetus when CIP and PIM co-funded a workshop in April 2014 in Entebbe, Uganda, where researchers from Bioversity, CIP, CIAT and IITA analyzed the potential for integrating gender into PMCA and 5Capitals, a methodology for assessing the impacts of value chain development on poverty that was developed by researchers at Bioversity, the World Agroforestry Center (ICRAF) and the Center for Tropical Agricultural Research and Higher Education (CATIE).

The workshop resulted in the development of guidelines for making RTB value chain interventions more gender responsive and a roadmap for strengthening gender in PMCA and 5Capitals. André Devaux, CIP’s Regional Leader for Latin America and the Caribbean, and Dietmar Stoian, Leader of Bioversity’s Commodity Systems and Genetic Resources Program, subsequently joined colleagues from ICRAF and CIAT in developing a proposal for a two-year initiative for enhancing value chain tools and improving smallholder participation with a gender lens. PIM approved funding for the project in September, and Bioversity, CIAT, CIP and ICRAF began collaborating on it in early 2015 taking advantage of the gender responsive tools developed in East Africa and promoting the links between East Africa and Latin America.

Devaux admitted that when he and his colleagues developed the PMCA in South America in the early 2000s, they didn’t pay specific attention to gender aspects. “It was gender neutral. I think we missed some opportunities in some value chain interventions where women were playing key roles, such as with the traditional processed potato product ‘tunta,’ which is very common in Peru’s southern highlands and in Bolivia,” he said.

The project will facilitate the development of gender-responsive versions of PMCA, 5Capitals and the LINK methodology – a value chain tool developed by CIAT. Those tools will then be shared with other research centers and development partners from public and private sectors and civil society to be tested in different countries around the globe. In Africa and Latin America, piloting the three tools will take place through multisector Communities of Practice to be created around PIM Value Chain Hubs.

“This is the way we envision our development-oriented research to work, with centers closely collaborating within and across Research Programs, and involving development partners from multiple sectors,” Stoian said.