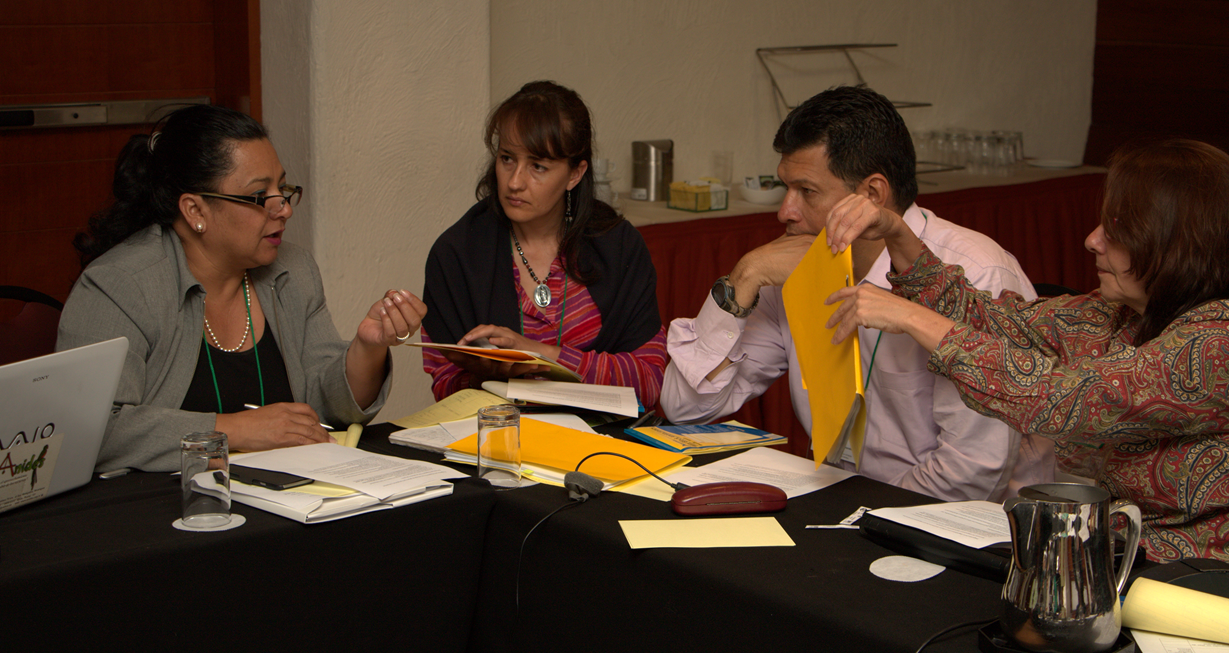 To date, this blog has highlighted many of the challenges faced when collecting sex-disaggregated data through household surveys. In this post, we shift our focus to the complexities of assessing gender integration in policy documents. We spoke with Tatiana Gumucio, a Gender Postdoctoral Researcher at the International Center for Tropical Agriculture (CIAT) about the evaluation of the degree of gender integration in national policies related to climate change, agriculture, and food security in seven countries across Central and South America. 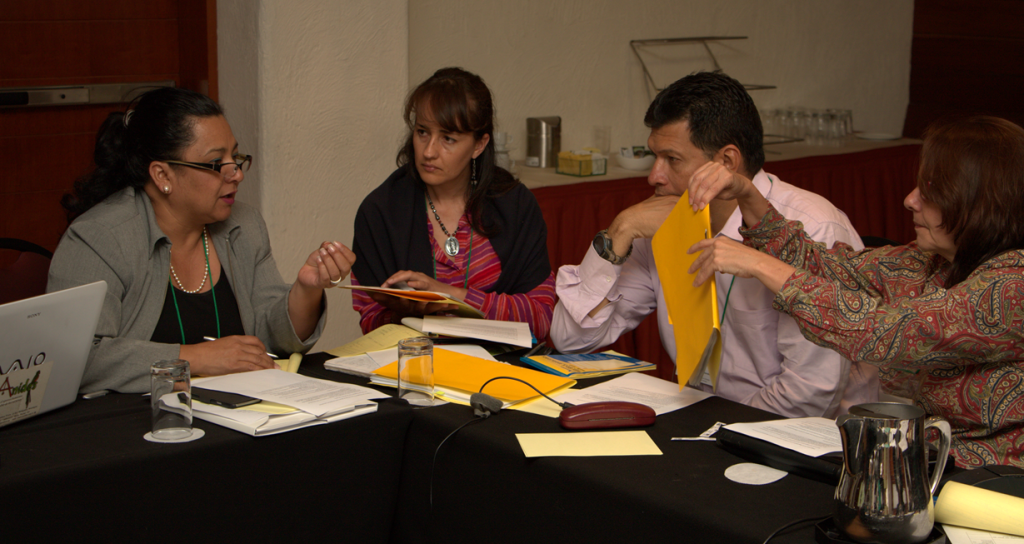 Conducted by the CGIAR Research Program on Climate Change, Agriculture and Food Security (CCAFS) in Latin America in 2014-2015, this was part of a larger project that had the goal of supporting Latin American policymakers to take into account gender in National Adaptation Plans (NAPs) and Nationally Appropriate Mitigation Actions (NAMAs). The desired output was a meta-synthesis of the degree of gender inclusion in countries’ climate change related policies, in order to provide policymakers with helpful information on best practices for gender integration. While some work has been done in other regions, a policy baseline like this had not been developed before for Latin America.

Tatiana gratefully recognizes support provided to this work by the CIAT Gender and Climate Change group and Mariana Tafur who was a consultant for this project and a co-author of the paper synthesizing its results.

To what extent do Latin American governments consider gender issues in their climate change policy documents? As we began to explore this issue, other CCAFS Latin America researchers often commented, “I’ll bet you’re finding that the plans do NOT take gender into account at all.”

It was true. Most of the documents did not mention gender. This was problematic because policies that do not take into account gender considerations risk inadvertently harming women. Due to gender gaps in control over productive resources, men and women face different challenges in adapting to climate change. “Gender-blind” policies have the potential to exacerbate gender inequalities while also failing to leverage the innovative capacities that men and women contribute to mitigation and adaptation strategies. For effective and equitable climate change planning and actions post COP21, policies must clearly address gender considerations.

...policies that do not take into account gender considerations risk inadvertently harming women.

We were particularly interested in identifying best practices for integrating gender in climate change policy making. To this end, we identified a body of 105 policy instruments representing the climate change, agriculture, and food security policy environments of the seven countries. We then developed a rubric to qualify the strength of gender integration, based on frameworks developed by IFAD for gender inclusion in rural development programs and on feedback from colleagues. The rubric used a scale ranging from one, signifying absence of reference to gender issues, to five, signifying gender integration in policy objectives and action plan, with resources clearly earmarked for implementation. In this way, the rubric sought to measure much more than the absence or existence of references to gender; it aimed to critically evaluate policy instruments according to their potential to enable transformation of gender relations for greater gender equality.

The review of the policy documents revealed significant information gaps. Firstly, although we had been able to identify certain sectors and countries that scored better on gender integration than others, we needed information on the processes underlying policy development in order to understand why these differences occurred. In particular, we sought information on motivations to include a gender focus and concrete measures taken to incorporate gender considerations in the policy-making process (for example, expertise sought from other divisions or institutions, type of consultative processes followed, use of available gender data, among others).

...although we had been able to identify certain sectors and countries that scored better on gender integration than others, we needed information on the processes underlying policy development in order to understand why these differences occurred.

Secondly, in order to better evaluate the strength of gender integration, more detailed information on policy implementation was necessary, for example, action plans, corresponding budgets, and monitoring and evaluation schemes. This type of information was essential for assessing if actions were developed to address gender equality gaps identified in the policy’s objectives and the extent to which the necessary funds were allocated.

To address such information gaps, we conducted group and individual interviews with contacts from the ministries and agencies involved in the development of the policies. While this helped us to hone in on possible best practices, this approach also had limitations. The logistics of such meetings were challenging due to the international span of the review and, relative to the number of the policies included in the review, few interviews were conducted. Furthermore, due to turnover in state agencies, it was not always possible to speak with those individuals who had developed the policies of interest.

Grey literature in the form of ministry reports would have been valuable, but these were rarely available. Information on action plans and budgets developed in conjunction with the policy were sometimes available online; however, this was not always the case.

We learned several important lessons: Strong partnerships with state actors can facilitate access to non-public reports and evaluations related to policy development and implementation. In certain cases, ministry contacts made us aware of related policy documents, for example, an institutional policy on gender that we had not come across. Developments like these were more prone to occur when contacts had previous experience collaborating with CCAFS or our gender research group.

In addition, many of the policy makers did not understand the importance of gender or the purpose of our study. As researchers, we should have engaged earlier with them on gender capacity building and wielded strong communication skills when first establishing contact with ministry representatives. When these representatives fully understand the links between gender and climate change polices, they are better equipped to offer support and relevant information to researchers. 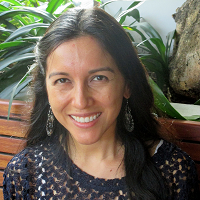 Tatiana Gumucio is a Gender Postdoctoral Fellow in the Decision and Policy Analysis research area at the International Center for Tropical Agriculture (CIAT) based in Cali, Colombia. She is also the CIAT gender focal point in the Gender Integration Team of the Forest, Trees and Agroforestry (FTA) CGIAR Research Program. She received her Ph.D. in anthropology from the University of Florida. At CIAT she has been involved in developing stakeholder engagement strategies to support policymakers to integrate gender in climate change adaptation and mitigation policies in Latin America. Her current research analyzes men’s and women’s uses of Non-Timber Forest Products (NTFPs) and trees-on-farms in order to inform the formulation of effective and equitable climate change strategies.