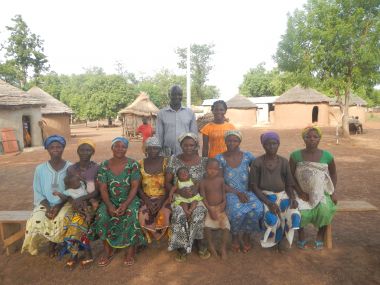 “AS A WIFE I WILL HELP, MANAGE, AND LOVE”: THE VALUE OF QUALITATIVE RESEARCH IN UNDERSTANDING LAND TENURE AND GENDER IN GHANA 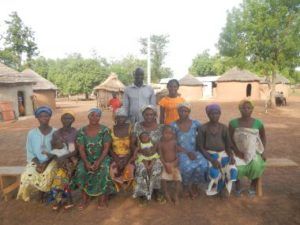 In this post I argue that qualitative field work aiming at understanding the local context is not a frivolous activity. For highly contested topics, such as gender and land, and in contexts where custom dominates, rigorous qualitative empirical work may lead to valuable insights and research outputs.

The literature on land tenure and its impact on agricultural investment is contradictory and inconclusive. The case of Ghana, where I have carried out qualitative research, is a good illustration. Information on gender and access to land in Ghana is limited. Hence, I decided to venture out of the office and use qualitative research methods to obtain first-hand impressions of how smallholder farmers in Ghana perceive their access to land.

Ghana spans four agro-ecological zones, hosts roughly 100 ethnic groups, and has population densities as low as 35 persons per square mile in the Northern Region and as high as 224 persons per square mile in the Western Region. About 80 percent of land in Ghana is under customary tenure. The original plan for the qualitative field work was to visit a limited number of contrasting agro-ecological zones and different ethnic groups. Yet, startled by the diversity of customary tenure systems and different pathways driving gendered access to land, I continued my field work in many more locations and over a much more substantial period of time. In total, I conducted 56 gender-separated focus group discussions in seven different regions, complemented by a series of interviews with relevant stakeholders such as customary chiefs, land commissioners, queen mothers etc.

A range of valuable insights were obtained from this work, explained in two research papers. In a first paper, recently published in Land Use Policy, I describe the diversity and complexity of customary land tenure institutions. Customary tenure systems are rooted in local norms, but they are also dynamic. They respond to agro-ecological conditions and the economic environment.

In a second paper based on the qualitative research findings, published in World Development, I pay attention to extra-household drivers of gender differences in access to land. There are many stereotypes concerning gender in developing countries. Yet, they do not always hold in different contexts and nuance is needed. The paper shows that gender relations are more than the outcomes of negotiations within households and explain the importance of social norms, perceptions, and formal and informal rules shaping access to land for male and female farmers at four levels: (1) the household/family, (2) the community, (3) the state, and (4) the market.

There are many stereotypes concerning gender in developing countries. Yet, they do not always hold in different contexts and nuance is needed.

In both papers, findings invite rethinking the design and interpretation of studies on customary land tenure systems and women’s access to land. For example, what do we really mean when we ask a farmer if he/she owns the land? Throughout the country, discussants would explain to me that “nobody owns the land”. Farmers own their crops rather than the land on which they are farming. This explains contrasting findings of the correlation between tenure security and agricultural investments. An analysis that focuses on tree planting as investment will find a strong positive correlation between tenure security and tree planting, whereas analyses that consider fallowing as an investment will find a strong negative correlation. Moreover, this reinforces concerns over reverse causality between agricultural investment and land tenure.

Another example is how to interpret ratios of male vs. female access to land. Does it signify higher or lower female decision making power in the household? When men increasingly become engaged in off-farm activities and women are therefore able to cultivate relatively more land, do we necessarily have improved gender equity? In another ongoing study on female non-farm enterprises in Ghana, we find that paradoxically, a low ratio of land held by women compared to land held by men may in some cases signify greater gender parity; the reason is that many women prefer to engage in off-farm work rather than in agriculture. Men would explain that it was their task to farm for the household and prided themselves if their wives could engage in other income-generating activities outside of agriculture. Moreover, by engaging in nonfarm activities, women could play an important and well-appreciated role in smoothing the seasonal liquidity effects of their husbands’ agricultural income.

Despite the vast amount of literature that is already out there on land and gender, there is still a surprising lack of understanding of the context in which we aim to empirically test hypotheses with quantitative data and offer policy advice. Our findings show that there is still a lot to learn from qualitative field work – and that others are eager to learn from it too.

Isabel Lambrecht is an Associate Research Fellow with IFPRI's Ghana Strategy Support Program, based in Accra. This blog originally appeared on IFPRI Research Blog. and is cross-posted here with author's permission.

This work was undertaken as part of the CGIAR Research Program on Policies, Institutions, and Markets (PIM) led by the International Food Policy Research Institute (IFPRI). We thank the United States Agency for International Development (USAID) Funding for their support for this study under the Ghana Strategy Support Program.