Direct cash transfers coupled with behavior change communication can reduce violence against women inflicted by their partners by 26 percent, according to a landmark study in Bangladesh conducted by researchers at the International Food Policy Research Institute (IFPRI) and Cornell University.  The reductions in violence were found 6-10 months after the intervention ended, providing the first evidence that such benefits can be sustained after cash transfers and related programming cease. 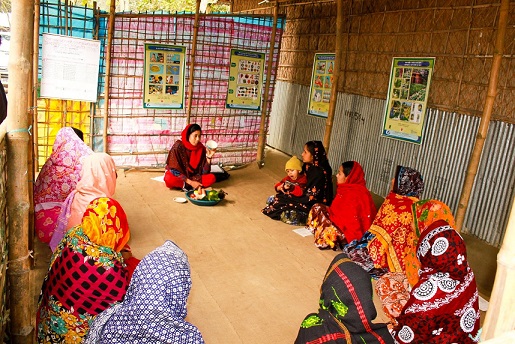 Intimate Partner Violence (IPV) is pervasive globally, with estimates showing that one in three adult women worldwide has experienced some form of IPV. Much of the existing research on the effects of cash transfers on IPV has been conducted in Latin America, but South Asia has among the highest regional rates of IPV in the world, with 41 percent prevalence. In rural Bangladesh, this number is even higher, with over 70 percent of married women having experienced IPV according to some sources. 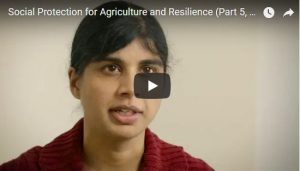 The study draws on the Transfer Modality Research Initiative (TMRI), a pilot safety net program in rural Bangladesh implemented from 2012 to 2014. TMRI’s primary aim was not to change gender dynamics, but to improve household food security and child nutrition. To assess its effectiveness, the World Food Program in collaboration with IFPRI conducted an impact evaluation of the program. Mothers of young children from poor households were randomly assigned to a control group or to groups that received cash or food transfers, with or without intensive BCC related to child nutrition. Components of the BCC included weekly group meetings for the target women, led by trained nutrition workers (to which husbands and mothers-in law were also sometimes invited); bimonthly visits by nutrition workers to the women’s homes; and monthly group meetings between program staff and influential community leaders (such as village headmen, religious leaders and educators) to share the information being conveyed to women. To complement the main impact evaluation, researchers conducted another survey 6-10 months after the program ended, to assess the post-program impacts on IPV. The results suggest that transfers alone were not effective in reducing partner violence against women after the program ended; but inclusion of BCC brought a more sustained reduction in violence against women.

The study highlights three possibilities for why adding BCC led to a sustained reduction in violence against women: First, food or cash transfers linked to BCC caused sustained increases in women’s bargaining power, more so than transfers alone. “The transfers combined with BCC increased women’s social interaction and knowledge, increasing their empowerment. This likely persisted after the program ended, making them less willing to accept violent behavior,” says Hidrobo.

Second, women’s increased social interaction made any physical violence more visible to the community. This increased the probability that men inflicting it would be caught and would face social disapproval, increasing the “social costs” to men of inflicting violence, even after the program ended. Third, combining transfers with BCC caused greater long-term improvements in household well-being than transfers alone. This eased poverty-related stress, a trigger for violence.

IPV is a pervasive public health problem worldwide. It has global economic ramifications, and it is the leading cause of women's death by homicide. Adverse effects are even transmitted intergenerationally, with IPV linked to poorer child development, nutrition, and health outcomes. Researchers' analysis suggests that, in cultural contexts like rural Bangladesh, partner violence may be curbed by giving mothers cash as well as BCC to further empower them.

Such landmark findings could have important policy relevance because cash transfers are widely-used policy tools in the developing world. “Given that cash transfer programs are scalable and globally relevant, and given that many of these programs include trainings or other group-based activities targeted to women, our findings suggest a promising approach to sustainably reducing partner violence,” says Roy.

This press-release was first disseminated by the International Food Policy Research Institute (IFPRI). The work described was undertaken as part of the CGIAR Research Program on Policies, Institutions, and Markets (PIM) led by IFPRI. Funding support for this study was provided by the Sexual Violence Research Initiative, the World Bank, and PIM. PIM is in turn supported by the CGIAR Funders. The study builds on research funded by the German Ministry for Economic Cooperation and Development (BMZ), the UK’s Department for International Development (DFID), the Swiss Agency for Development and Cooperation (SDC), the United Nations Development Programme (UNDP), and the United States Agency for International Development (USAID).

Recent discussions of the study in the media:

Can A Woman's Rising Social Status Bring Down Rates Of Domestic Violence? (NPR) 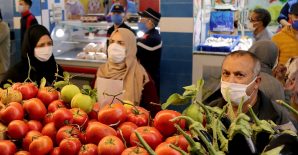