HOW DO WE ESTIMATE THE CONSEQUENCES OF GLOBAL INACTION ON GENETIC DIVERSITY CONSERVATION, EXCHANGE, AND USE?

Target 2.5 of the Sustainable Development Goals (SDGs) calls for maintaining “the genetic diversity of seeds, cultivated plants and farmed and domesticated animals and their related wild species.” It is an ambitious target, with an expectation that we will meet it by 2020.

But how much will it cost to fulfill our global obligations under the Plant Treaty? The treaty’s funding strategy suggests that an extra $1.1 billion a year is needed until 2030 to ensure the conservation and sustainable use of crop diversity around the world at an adequate level. What happens if these funds are not forthcoming?

And how much will it cost to ensure the long-term availability of genetic diversity for key crops held in the public trust within genebanks located around the world? The Global Crop Diversity Trust (Crop Trust) has calculated that it needs an endowment fund of $850 million in total to secure the availability of these resources. What happens if we fall short?

Putting aside the politics of international cooperation for development, these questions are fundamentally about the economics of genetic resource conservation, exchange, and use. But how do we use economic thinking—the study of how to allocate scarce resources—to address these questions? And what happens if we don’t meet these funding targets?

We recently explored these issues at a convening hosted by the International Food Policy Research Institute (IFPRI) at its headquarters in Washington, jointly organized by IFPRI, the Secretariat of the Plant Treaty, the Crop Trust, and the IFPRI-led CGIAR Research Program on Policies, Institutions, and Markets (PIM). Participants explored the consequences of scarce financial resources not being forthcoming for the conservation, exchange and use of crop diversity. It was an exciting event because few economists have engaged with these questions in the recent past. But it was also daunting, because of that old quip: If you gather ten economists in a room, you’ll have eleven opinions to consider.

The event grew out of a commitment that outgoing IFPRI Director General Shenggen Fan made in his role as a champion of the Food Forever Initiative, a public awareness campaign aimed at supporting the global effort to achieve SDG Target 2.5. He pledged to make IFPRI expertise available for the task of measuring the cost of inaction on crop genetic diversity conservation and exchange.

In the end, after two days of discussions that were rich, deep, and wide, opinions coalesced around four points.

First, it was clear that this is not a simple problem. There is a link between conservation of crop diversity on one side, and desirable outcomes on the other, such as crop improvement and agricultural productivity growth. No dispute there. But how you trace, quantify, and present that link is complicated. That’s because you can do conservation in a number of different ways, not least both in genebanks—what we call ex situ conservation—and in farmers’ fields and protected areas, or in situ. The Global Plan of Action on the Plant Treaty has no fewer than 18 priority activities and 60-odd indicators across ex situ conservation, in situ conservation, sustainable use, and institutional and capacity building, all of which contribute to desirable outcomes.

Those desirable outcomes are diverse, too: Higher productivity is surely an important goal, but also better overall nutrition and health, as well as the stability and resilience of these outcomes to shocks over time and across space. In addition, conserving biodiversity for the future is a societal goal in itself, and we heard that there are social and cultural values associated with crop diversity that are difficult to capture in monetary terms. And, crucially, the causal pathways between the different ways of conserving and using crop diversity on one side, and the different outcomes on the other, are varied, complicated, often long, and in many cases poorly understood. This complexity makes it inadvisable, if not impossible, to attempt to quantify in monetary terms the value of crop diversity in general, or even of different crop genetic collections in particular.

Second, there is a significant and slowly expanding body of work on the particular—and particularly important—impact pathway that goes from ex situ conservation of a crop, through public breeding programs, to higher yields in farmers’ fields in different parts of the world. The dollar values of such impacts can and have been quantified for specific traits. However, they necessarily capture only part of the overall value of crop diversity, and attempts to tease out the contribution of conservation (as opposed to breeding) to the overall impact have not been particularly convincing. Everyone thought that it was a good idea to continue documenting such success stories, despite the conceptual drawbacks of considering material in genebanks as little more than lottery tickets—as one participant described it—and that it was not necessary to apportion shares of impact to different components of the conservation-use system, if the system as a whole was properly explained.

Third, it’s clear that no single approach will be sufficient to analyze such a complex problem with multiple pathways to multiple outcomes. IFPRI's International Model for Policy Analysis of Agricultural Commodities and Trade (IMPACT) could well be useful to investigate the specific pathway that links crop diversity to productivity gains (though not the variability or resilience of productivity) in the context of other dynamic factors shaping the future of food and agriculture, including changes in population, income, dietary preferences, technology, and climate. That requires some strong assumptions, and not assigning a particular share of the overall impact to different actors—genebanks, breeders, and farmers, for example.

Ultimately, three broad types of analytical approaches were discussed among the convening partners in an effort to shed light on the costs of global inaction around the conservation, exchange and use of crop diversity. Each, of course, comes with its own set of challenges. One approach might be to invest more in understanding the intrinsic and economic value of traits to farmers, consumers, plant breeders, and the global economy. With an understanding of how people value traits and how those traits create value in our agri-food system, we can think more about the value of continued efforts to conserve, exchange and use crop diversity. Prior attempts (see here, here, and here) to do just this offers us insights on how to continue and improve this line of research.

Another approach might consider the effect of farmers having access to varying numbers of distinct varieties for cultivation. Consider a scenario in which we fail to act as a global community and farmers have fewer traits and varieties to choose from. What would be the consequence? We might limit farmers’ choice of varieties needed to sustain yield growth in the face of volatile weather patterns, long-term climate change, pest and disease threats, or changing consumer tastes. This might lead to changes in global food supplies and food prices, which in turn, might lead to reductions in consumption and food security.

A probably more feasible, though less direct, approach would be to simply model the effect of slower, static, or even negative rates of crop productivity growth in order to get a sense of the order of magnitude of changes in outcomes that reduced access to crop genetic diversity could entail. That means modeling two states of the world: One in which crop improvement programs do not have sufficient access to the genetic diversity needed to increase yields, and another state of the world where they do. That would allow us to examine the effects on global and regional food supplies and food security under scenarios for different crops, countries, and time scales.

Fourth, and finally, to help us explain the cost of inaction in the conservation and use of crop genetic diversity for the future of our agri-food system, we will need to communicate a wide range of scenarios and storylines in a credible and compelling way to different audiences. Quoting what is believed to be an old Danish proverb, one participant reminded us that “Prediction is very difficult, especially if it's about the future.” He also added: “And persuasion is even more so.” But if we don’t try to look into our future and use a diversity of approaches to do so, we will know less about today, much less about tomorrow, and convince no one. Remember, that SDG 2.5 target for maintaining our shared global stock of plant genetic diversity is 2020. Inaction isn’t an option, and time is running out.

Luigi Guarino is Director of Science at the Global Crop Diversity Trust; David Spielman is a Senior Research Fellow with IFPRI's Environment and Production Technology Division (EPTD); Keith Wiebe is an EPTD Senior Research Fellow and leader of the CGIAR Global Futures and Strategic Foresight initiative (GFSF). This post also appears in the IFPRI blog. 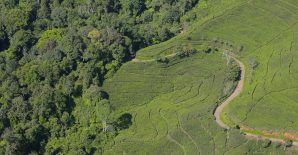 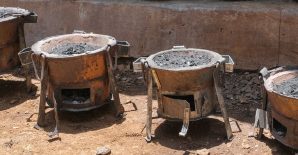 Blog
Kenya has been trying to regulate the charcoal sector: why it’s not working
We use cookies on this site to improve the usability of this website. By clicking 'OK, I agree' button you are giving your consent for us to use cookies ... more info