CAN WE IGNORE RISK WHEN WE STUDY THE EFFECTS OF CLIMATE CHANGE ON AGRICULTURE?

Research in Zambia tells us that we should not

Climate change is already affecting vulnerable populations in many developing countries and those impacts are projected to progressively expand. In this changing, uncertain environment of rising temperatures, extreme weather, droughts, and other problems, smallholder farmers react by adjusting their production and farm management decisions in ways that attempt to preserve their livelihoods.

Price and yield volatility, and more generally risk, matter in farmers’ decisions and significantly affect their production choices. Economists have known this since the last century. They have developed theories and frameworks to analyze it and they have evaluated its effects. And yet, with the exception of research on crop insurance uncertainty and risk-aversion have been notably absent in studies of climate change. In fact, most studies that investigate the impacts of climate change on agriculture have concentrated on the overall effects of changes in mean temperature and precipitation and have ignored how volatility and risk modify farmers’ behavior and production decisions.

The justification and underlying assumption for this approach is that whatever the risk-induced effects might be, they are less important and are overpowered by those driven by changes in mean precipitation and temperature.

A few years ago, Richard Robertson of IFPRI, Beatrice Darko Obiri of the Ghana Forestry Research Institute, and I tackled this issue and showed that when policy makers make plans to compensate farmers for actions that reduce greenhouse gas emissions risk, farmers’ attitudes toward risk should not be ignored. Recently, Robertson and I joined forces with Vince Smith, a professor of economics at Montana State University, to test the importance of including risk in climate change work. In a study published in Climate Research, we analyzed how farmers in Zambia allocate their land to different crops in response to climate change. We confirmed that the risk environment matters and should not be ignored in research and policy making.

To fully appreciate the importance of risk and the full impact of farmers’ decisions, one must evaluate the aggregate effects of those individual farm-level choices. Our results indicate that small risk-driven changes in land allocations compound with and reinforce the effects of climate change, and that this has implications for smallholder farmers—and indeed, for the entire country. 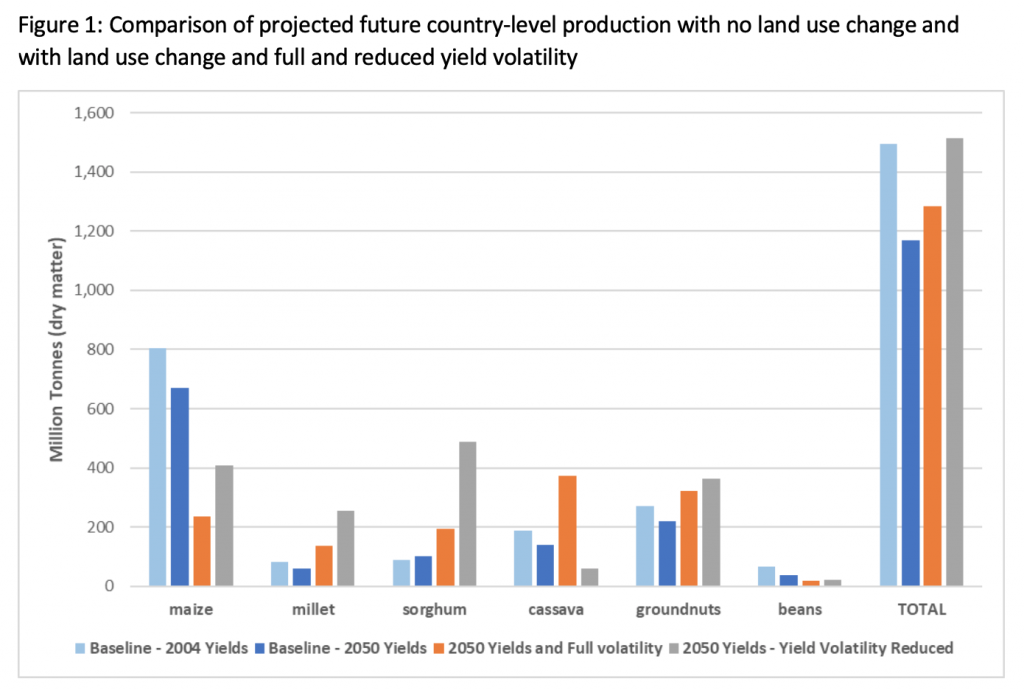 At the national level, deteriorating growing conditions due to climate change without adjustments in land allocations lead to a significant reduction in output of most crops. But the drop in production (about 300 million tons) can be mitigated by shifting land away from the most vulnerable and risky crops (maize and beans) in favor of more resistant, less volatile alternatives (cassava, sorghum, millet, and groundnuts). Importantly, the reduced volatility scenario shows that when farmers have access to strategies that lower risk (for example by using better field practices, better varieties, or irrigation), they can achieve better outcomes for themselves (see Table 4 in the paper) and for the entire country.

It is also worth noting that the projections with reduced volatility are qualitatively similar to those that would have been obtained using a model that does not account for net revenue volatility. This is an indication of the potentially significant errors that could occur if the risk effects of climate change on land allocation decisions are not taken into account.

Our results highlight the importance of policies that promote and facilitate risk management and show how reducing risk can lead to significant positive outcomes for the livelihood of low-income, food-insecure populations. Importantly, we show that when the economic effects of climate change are considered, decision-making under uncertainty and risk should be at the forefront of the problems that need to be researched.

This work was supported by the Gender, Climate Change and Nutrition Integration Initiative (GCAN) project with funding from the U.S. Agency for International Development (USAID) and from the CGIAR Research Programs on Climate Change, Agriculture, and Food Security (CCAFS) and on Policies, Institutions, and Markets (PIM), led by IFPRI. 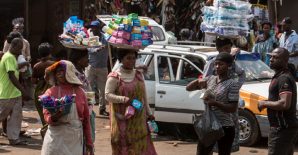