A JOB FOR EVERYONE? THE VALUE OF COLLECTING GENDER-DISAGGREGATED LABOR DATA

Male emigration from rural areas could potentially empower women, as it could change the distinctive roles men and women often play in agricultural production. This theme was pertinent as we developed a survey related to the Bangladesh Agricultural Value Chains (AVC) project. AVC planned to use inclusive value chains development primarily to enhance productivity and food security, but we agreed that the program could have positive gender outcomes if outmigration of male household members indeed strengthened women’s position in agriculture.

With that in mind, as part of our survey on jute value chains in the southern Delta of Bangladesh, we collected detailed gender- and task-disaggregated household and wage labor data instead of the normal, smaller set of statistics that are typically used to estimate labor costs in production; normally, agricultural production modules tend to ask about the total amount of household and hired labor, and total labor cost.

This blog highlights how disaggregating such data by gender and task can enhance our understanding of gender dynamics and opportunities to empower women through inclusive value chains development.

First, gender-disaggregated labor data revealed extremely strong gender segmentation in production of jute. A unique part of the survey was detailing labor inputs into specific tasks of the jute production process. For each type of field and post-harvest activity, we asked our respondents to specify:

Figure 1 illustrates the degree to which there is gender segmentation of tasks in jute production. While male household members are involved in virtually every stage of production, female household labor is predominantly used for post-harvest activities. We observe even more pronounced gender differences in hired labor: male labor is hired for multiple stages of jute production, whereas female labor is effectively hired only for weeding and stripping the fiber from the stalks. In focus groups, women reported it was considered unsafe and inappropriate for them to work in the fields; hence their focus on post-harvest activities within the compound. 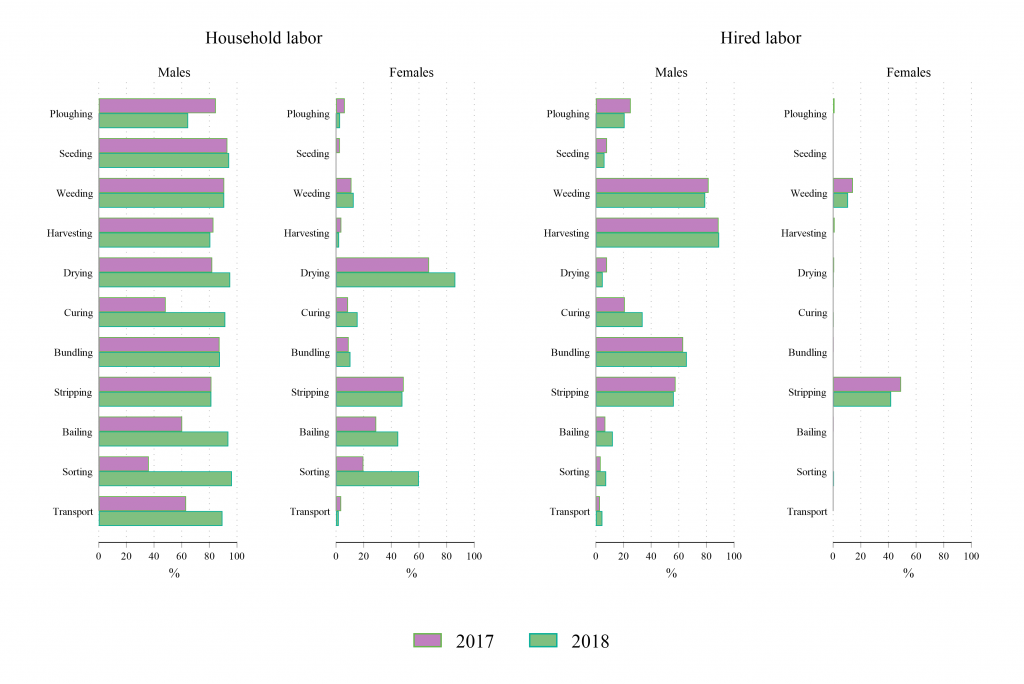 Figure 1. Share of Labor by Task in Jute Production, by Gender and Type, Bangladesh AVC Surveys

Second, we find a strong and persistent gender gap in wages paid to casual laborers (Figure 2). Male wages (green bars) are substantially higher than female wages (purple), regardless of production stage. Even for tasks often done by women, such as weeding and stripping, men are paid significantly more. And despite our hypothesis that over time, norms would become more accepting of women’s involvement in cash crop production, the gender wage gap worsened from 2017 to 2018. Neither outmigration of household members nor changes in perceived difficulties in finding labor are associated with changes in the gender wage gap. 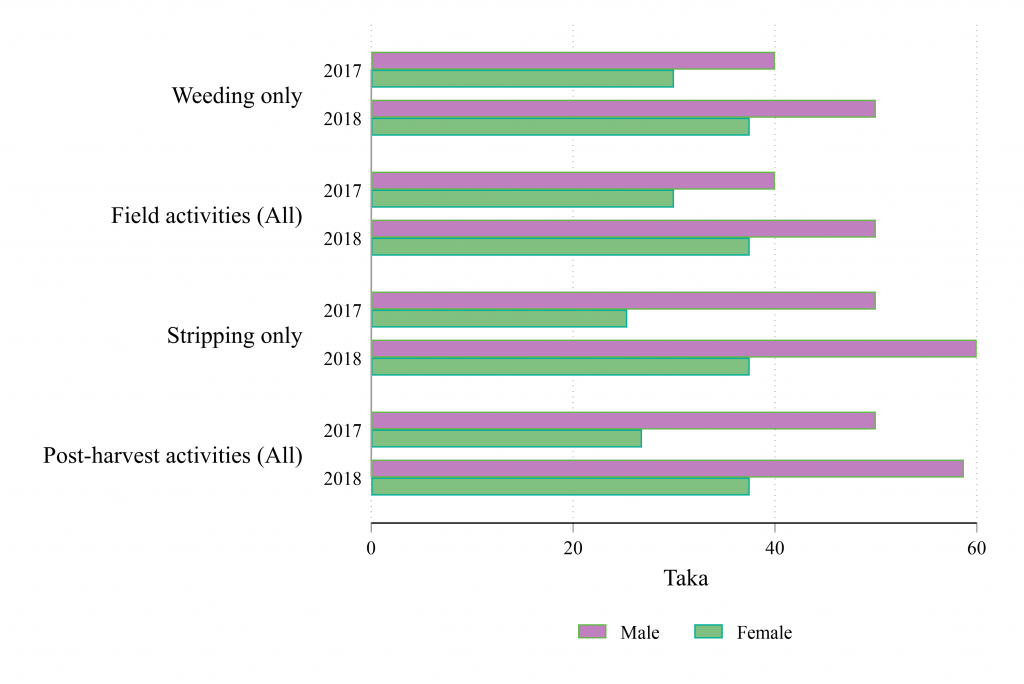 Finally, female outmigration, not male outmigration, is associated with an improvement in women’s empowerment in agriculture. We fielded the project-level Women’s Empowerment in Agriculture Index (pro-WEAI) for a subsample of households. The questionnaire was completed by both a male and a female respondent. We use this data to link changes in household labor availability (members moving in or out) and in the availability of hired labor (i.e., whether a household reports difficulty finding labor) to changes in women’s empowerment.

Women were generally less empowered than men, but this gap became smaller when another female member left the household. In these households, we also observed a modest but significant increase in the share of labor provided by women in jute production. Empowerment did not improve when a male member moved out, or when the household reported difficulties finding (mostly male) hired labor, perhaps because gender roles prevented women from taking over formerly male tasks.

Reflecting on these findings, what do we learn? Disaggregated data allowed us to:

What would we do differently if we could, or what else would we do? First, it would be interesting to deepen our understanding of the labor search process, and the role that gender plays here. For example, we could have asked whether households had difficulty finding male or female labor to hire and collected more detail on the demand for male versus female labor. Further, it would be also valuable to collect sex-disaggregated data on day laborers to better understand the stark differences in hiring and wages.

We would also like to see more research on how male versus female outmigration affects rural labor markets, and how this interacts with existing gender norms. As our research shows, while gender roles in agriculture may evolve with increased migration, it doesn’t happen rapidly. In traditional societies like Bangladesh, gender segregation continues to be the norm and gaps in labor use, wages, and empowerment persist. Better understanding these dynamics and nuances through analyzing sex-disaggregated data is key for inclusive value chains development.