Many countries with large youth populations are highly exposed to climate change, which will have serious impacts on a major source of employment: agriculture. A new CGIAR-supported IFPRI issue brief analyzes the interplay of climate adaptation and job prospects for young people in agriculture.

According to the United Nations, the world’s population will grow by 2 billion people over the coming decades to reach 9.7 billion by 2050. The dignity and life prospects of those additional 2 billion people will depend on their ability to meet basic needs, such as food, clothing, and shelter, and their access to adequate employment. The most pressing need for jobs will be felt in those regions and countries that have not yet gone through the demographic transition, and where the cohort of young people is growing rapidly. The challenge will be compounded by an increasingly crowded, more competitive world with fewer natural resources per capita, and by the threat of climate change, which is projected to affect every sector of the economy.

Different countries and regions will face challenges of varying magnitudes depending on their economic and demographic outlook and their exposure to climate change impacts. In some places, the intersection of climate resilience and employment prospects will be especially salient. Where the population is growing and the economy is still highly reliant on agriculture, rural youth will look to the agriculture sector for both food security and job security. These demands will not be met without strategic and targeted investments in climate change adaptation.

Young people are vitally important for the economy and for rural development in particular. Youth is a time of transition toward independence during which key decisions are made; the success of this transition is crucial both for individuals’ future well-being and for the social and economic prospects of their societies. Yet growth in the youth population also poses challenges. Nearly 1 billion of the world’s 1.2 billion young people (between ages 15 and 24) reside in developing countries, and their numbers are growing faster there than in high-income countries. Young people represent the largest share of the rural population in all developing countries, and youth growth is concentrated in low-income countries with high poverty rates, especially in Africa south of the Sahara and Asia (IFAD 2019a). By virtue of their age, it will be today’s youth, more than any other group, who suffer from the failure to implement climate change adaptation and mitigation strategies.

Therefore, climate change is foremost a youth issue. It is specifically an issue for youth employment because in most developing countries with a large youth share, jobs and economic growth depend heavily on agriculture, a sector expected to be strongly affected by climate change, through both direct impacts on crop and livestock productivity and indirect impacts on infrastructure and other sectors. Rural youth are also likely to be more sensitive to climate impacts because they tend to have low skills, low social capital, and low integration and participation in the community (Adger 2003). This also makes them less likely to have access to credit and insurance, which lowers their adaptive capacity. The vulnerability of rural young people to climate change in terms of employment prospects is thus a function both of their stage in life and of the vulnerability to climate change of agriculture, the sector that in all likelihood will have to absorb the greatest share of youth into its workforce. A better understanding of the intersection/interplay between climate resilience and youth employment, and where it may be stronger geographically, is therefore necessary to generate better policy and adaptation options for the future of agriculture and of young people.

Nicola Cenacchi and Shahnila Dunston are senior research analysts, Keith Wiebe is a senior research fellow, Richard Robertson is a research fellow, and Channing Arndt is the director of the Environment and Production Technology Division (EPTD) at IFPRI, Washington, DC, USA; Karen Brooks is the former director of the CGIAR Research Program on Policies, Institutions, and Markets (PIM); and Faaiqa Hartley is an economist at the University of Cape Town’s Economic Research Centre, South Africa. 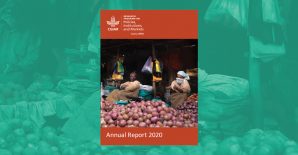 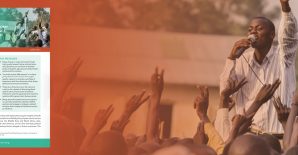 Publications
Embracing political economy to enhance policy influence: Lessons from PIM research
We use cookies on this site to improve the usability of this website. By clicking 'OK, I agree' button you are giving your consent for us to use cookies ... more info