Lessons from a gender-disaggregated lab-in-the-field experiment

When economists and other social scientists investigate connections between preferences and household decision making, they often overlook or assume away the fact that households consist of multiple individuals, and individuals have their own personal preferences. It is common to elicit preference data from a male head of household (in most contexts it is a male), and assume all household members share his preferences. This approach only provides a partial view. To really understand why households make the choices they do, we need preference data from multiple household members—for instance, from a husband and a wife.

In our study, “Husbands’ and wives’ risk preferences and improved maize adoption in Tanzania,” we elicited preferences from farming couples using a lab-in-the-field experiment. In the experiment, participants were asked to make a series of decisions under uncertainty. From those decisions, we could estimate three dimensions of risk preferences: risk aversion, loss aversion, and the tendency to overestimate the likelihood of low probability events. Because we set out to investigate the relationship between both men’s and women’s risk preferences and the household’s seed choice, we needed to conduct the experiment separately with husbands and wives. This proved challenging and presented some key methodological lessons for future work.

Our enumeration team collected data from women in the morning and from men in the afternoon, or vice versa depending on local schedules. We conducted experiments with both groups on the same day to reduce opportunities for one spouse to share the experiment details with the other. It was challenging, however, to ensure that both spouses were available at different times on the same day due to competing priorities such as land preparation activities, daily business away from home, illness, caretaking, funerals, migration, and more. Our team worked to overcome these challenges by contacting respondents a few days ahead of arriving, and by hosting the experiment in a central location with easy access. We found that women were generally more likely to be present and on time for the experiment, as men were often said to be in town or working in the fields. Our funding schedule gave us a very short window in which to conduct the experiments; unfortunately, this was during a relatively busy time of year for farmers.  In the end, we were able to collect data from 137 couples, which was only 30 percent of our targeted sample. 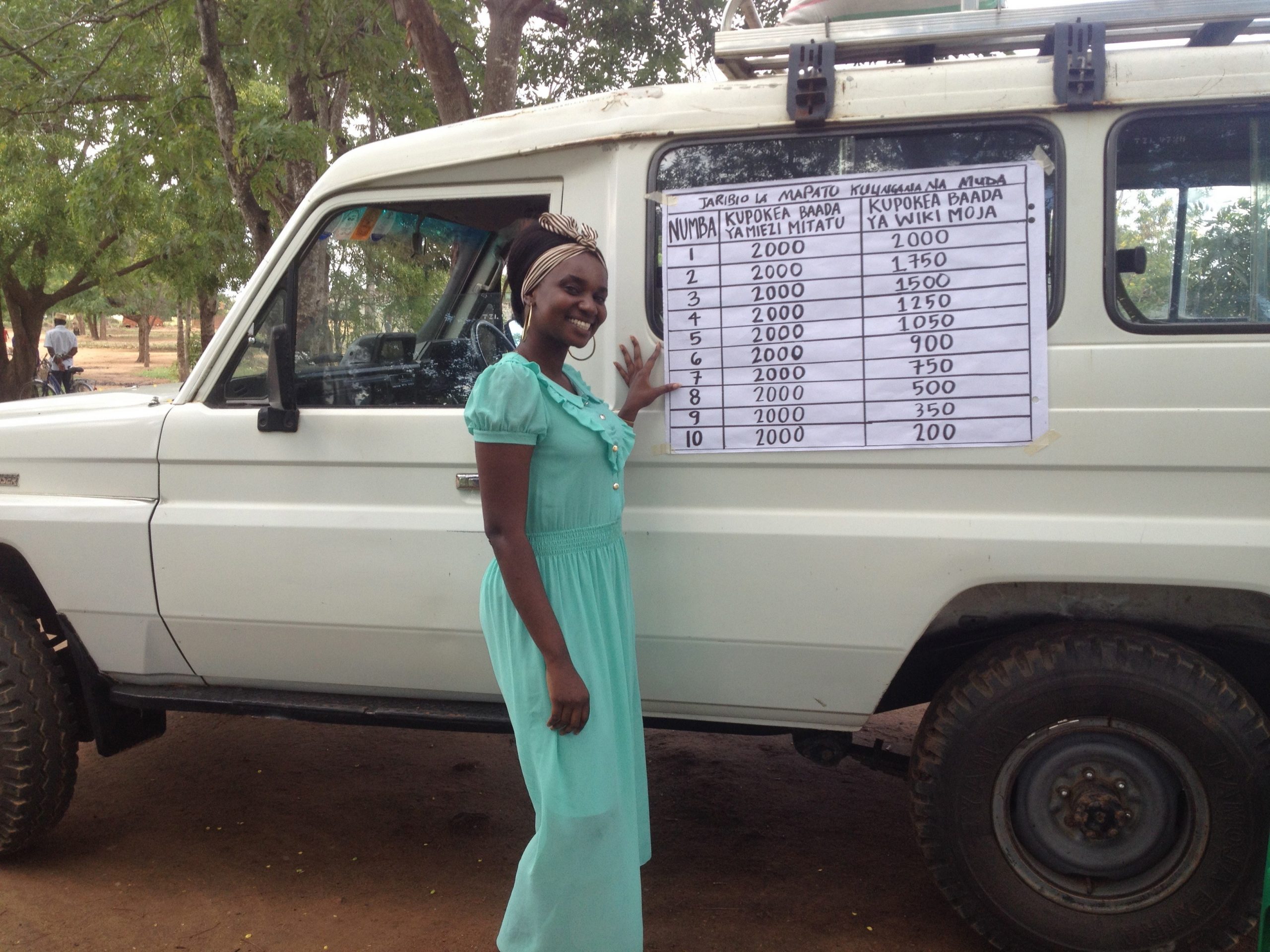 Vicki, the lead enumerator, in front of an experiment table used to introduce the experiment to the participants. Photo: Abby Love.

We also learned some lessons related to training enumerators. To start with, we spent extra time explaining the theory behind the experiments and how the data would be used, in addition to the mechanics of administering the experiment. We wanted enumerators to understand the importance of each detail of data collection. Initially we asked enumerators to explain the experiment to small groups of two to three respondents who were part of a larger session. During pretesting, it became clear that not all enumerators were describing the game in the same way, which generated confusion among respondents. To improve consistency and understanding, we decided to have a single lead enumerator present the experiment to all respondents in the session at once before breaking up into groups of two to three respondents plus an enumerator to conduct the experiment. Pre-testing also allowed the enumeration team time to discuss and agree upon which local words best described the concepts in the experiment (probabilities, gain, and loss). Enumerators needed to be extra patient with less numerate farmers, especially with female participants who were twice as likely to have no formal education. This meant explaining how different colored ping pong balls represented probabilities several times, and checking participants’ understanding before moving forward.

Our study results indicate that on average men and women have similar risk preferences. Within a couple, however, risk preferences can diverge substantially. This underscores the danger of assuming a single set of preferences for an entire household. Furthermore, we find that men’s and women’s preferences are both correlated with the household decision to adopt modern maize seeds, although in different ways. For women, risk aversion is negatively associated with adopting modern seeds. For men, loss aversion is negatively associated with adopting modern seeds. For both men and women, the tendency to overestimate the likelihood of low probability events influenced household seed choice, but in opposite directions. If the husband had a tendency to overestimate these events, the household was less likely to adopt modern seeds. If the wife had a tendency to overestimate, the household was more likely to do so. This implies that both men’s and women’s preferences matter for seed choice, but that men and women interpret the risk profile of these seeds differently.

The problems we encountered collecting data from men and women left us with a small sample that was somewhat unrepresentative of the population. Couples where the woman had more influence over seed purchase decisions were more likely to have both spouses participate in the experiment. It is possible that in the general population of farmers, women’s risk preferences would not appear as important as they did in our study. Thus, we need to interpret our results with caution. Nevertheless, our findings provide compelling evidence that men and women in the same household can have very different preferences, and both spouses’ preferences help shape household decisions. Even though collecting individual-level data is difficult and costly, we believe it is necessary for any study aiming to examine how preferences relate to household decision making. 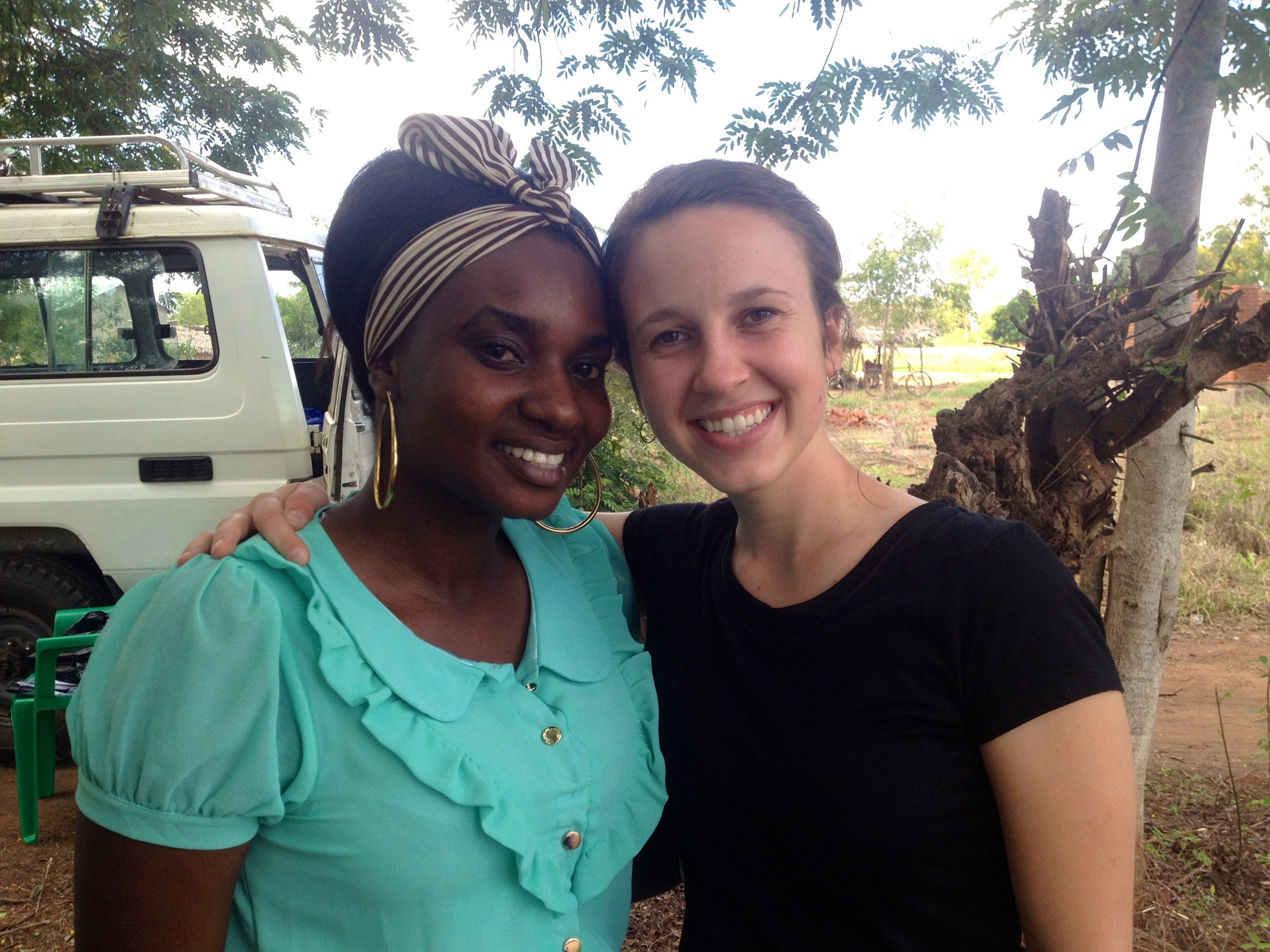 Here are some key pieces of practical advice based on our experience conducting a gender-disaggregated lab-in-the-field experiment:

Nicholas Magnan is an Associate Professor of Agricultural and Applied Economics at the University of Georgia. Abby Love is an Agricultural Advisor with Mercy Corps based in Nairobi.