TOWARD BETTER MEASUREMENT OF GENDERED FREEDOM OF MOVEMENT IN SURVEYS

Freedom of movement and its importance for women

Freedom of movement is considered a fundamental freedom that should be afforded to both women and men. It also enables individuals to make strategic choices in other areas of their lives, related to their livelihoods, health, and general wellbeing. We define freedom of movement as the ability to leave home and return, at will, without suffering negative consequences. For rural women, freedom of movement is especially important as rural economies transform from focusing on subsistence agriculture to offering more remunerative roles in agricultural value chains (e.g., processing goods to add value, purchasing from producers, and reselling these products). While women’s livelihoods could benefit from engaging in these roles, they often are unable to do so, because of limitations on their freedom of movement.

Despite its importance for women’s livelihoods, there is no consensus among researchers on how to measure freedom of movement in surveys. This may help explain why there are few studies linking women’s freedom of movement and their economic participation. Studies that do look at these links, however, conclude that lack of freedom of movement is generally detrimental to women’s economic productivity. In our recent discussion paper, we critique existing measurement approaches and propose a new module for looking at gendered freedom of movement. In this blog, we briefly introduce the module and share some findings from data collected in Benin and Malawi using it.

Limitations on women’s freedom of movement

Women experience limitations on their freedom of movement from a range of factors in their households, communities, workplaces, and beyond. Moreover, these experiences differ according to women’s individual characteristics, such as age, ethnicity, and marital status. In many contexts, a woman is expected to seek permission or consent from her husband or other family members before traveling away from the homestead. But even if household-level constraints are less explicit, the expectations of care and other forms of domestic labor effectively tie women to their homesteads. 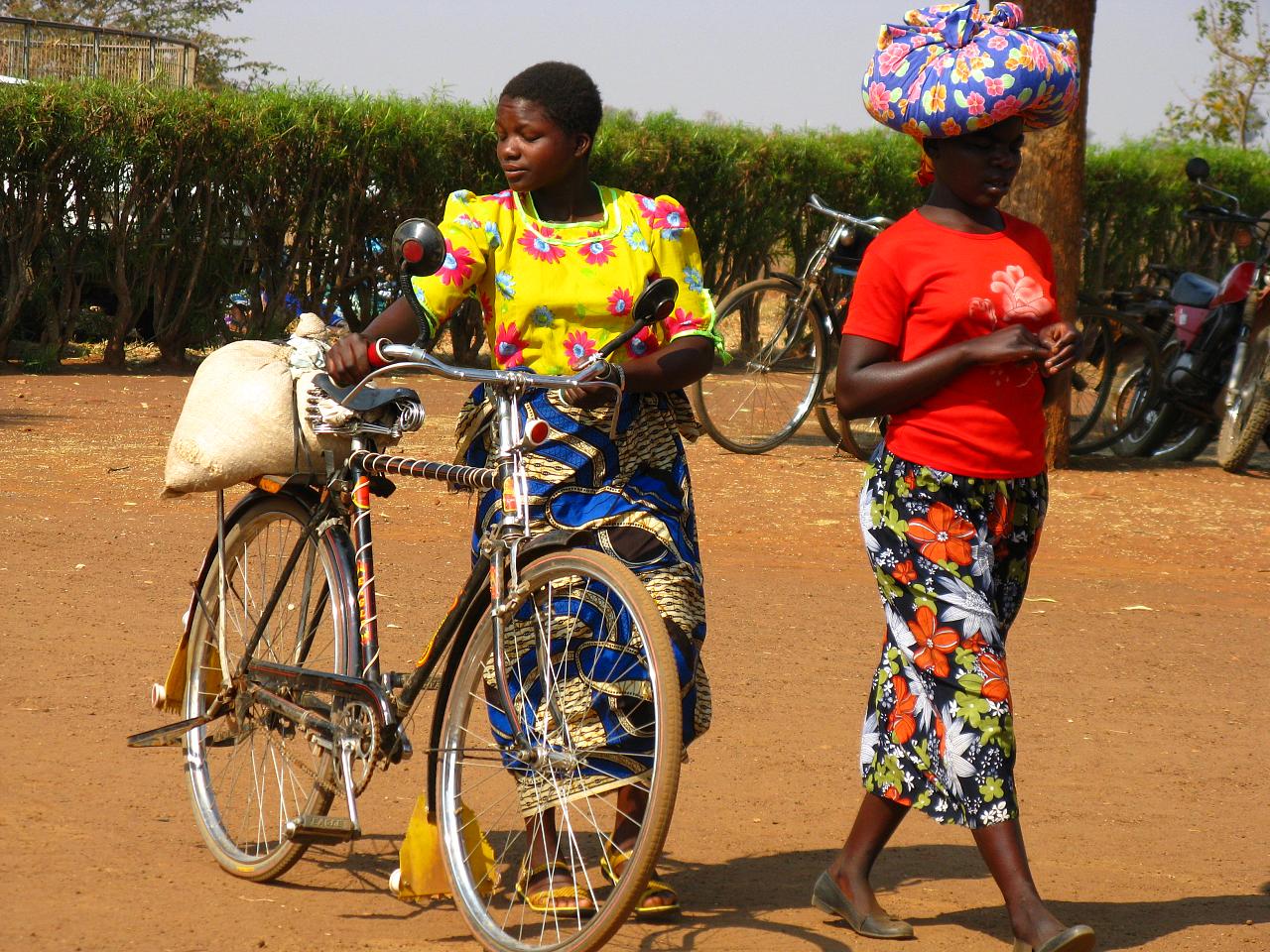 Factors such as community social norms, experiences of street harassment, transportation availability, public infrastructure, and the cost of gasoline can also affect freedom of movement. While all this is true for both men and women, typically these factors limit women’s freedom of movement to a greater extent. For example, bad roads and insufficient public transportation infrastructure may lead to transportation costs that are too high for women, especially poor women, who are less likely (than men) to have expendable cash on hand. Moreover, many societies and groups have social norms that aim to segregate men and women, often with the implicit goal of maintaining women’s sexual purity (an expectation not placed on men). One example is purdah, a range of seclusion practices that are common across religious groups in many parts of South and Central Asia and include physical segregation of the sexes and the covering of women’s bodies.

How do surveys currently measure freedom of movement?

We identified a few commonalities across existing surveys:

How should we ask about freedom of movement in surveys?

Building on the analysis of these limitations, our freedom of movement survey module includes the following questions:

Asking these questions allows a consideration of a wider range of factors in women’s and men’s environment that might limit their freedom of movement, and to understand how these factors vary across potential destinations. The module includes question on places that are important for smallholder livelihoods, allowing us to better examine the links between freedom of movement and livelihoods in future work.

Here we present descriptive findings on the percentage of women and men who had been prevented from going to specific places when they wanted to go there during the past year. The sample is from studies linked to an evaluation of the Agricultural Technical and Vocational Education and Training for Women (ATVET4Women) program that was supported and implemented by the German Agency for International Cooperation (GIZ) and the African Union Development Agency - The New Partnership for Africa's Development (AUDA-NEPAD). 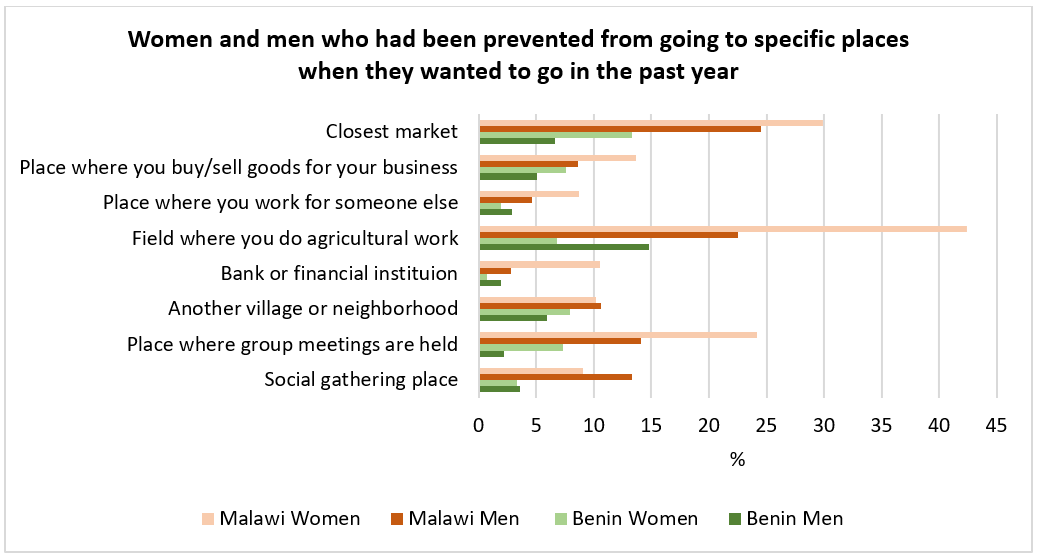 Jessica Heckert is a research fellow and Emily Myers is a research analyst in the Poverty, Health and Nutrition Division at the International Food Policy Research Institute.