INTERVIEWING WIVES AND HUSBANDS TOGETHER

Women’s involvement in making important intra-household decisions is a key indicator of their empowerment. Most of the quantitative tools available to measure women’s empowerment try to elicit this involvement by asking which decisions spouses make alone or jointly, and if the latter, to what extent each spouse has a say.

Recent studies highlight the importance of interviewing both spouses (as opposed to either a wife or a husband), since their responses to the same questions often differ (Twyman et al. 2015; Anderson et al. 2017; Ambler et al. 2017).

Beyond who makes decisions, it is also necessary to understand how and why intra-household decision-making processes unfold the way they do. Far fewer studies exist on these topics (see Acosta et al. 2019 and Bernard et al. 2020 for two good ones).

Qualitative tools are viewed as being better able to uncover how and why intra-household decisions are made. Still, qualitative studies often use focus group discussions or semi-structured interviews to explore these matters, overlooking opportunities for interviewing spouses together.

In our latest research, we designed and piloted a new qualitative tool – a dyadic interview guide – that brings spouses together to describe the process and rationale they use to make different kinds of decisions within their household.

What are dyadic interviews?

In a dyadic interview, a couple interacts in response to open-ended questions. Spouses help fill in gaps or remind each other when there are lapses in memory, resulting in more and richer information than when they are interviewed separately (Taylor and de Vocht 2011). Dyadic interviews can be more appropriate in certain cultural contexts; for example, when it is difficult or threatening to ask someone to leave while interviewing their spouse. Nonetheless, care must be taken when facilitating dyadic interviews to prompt both spouses to share opinions, and thus avoiding any one spouse dominating.

­­­The process used to design the dyadic interview guide 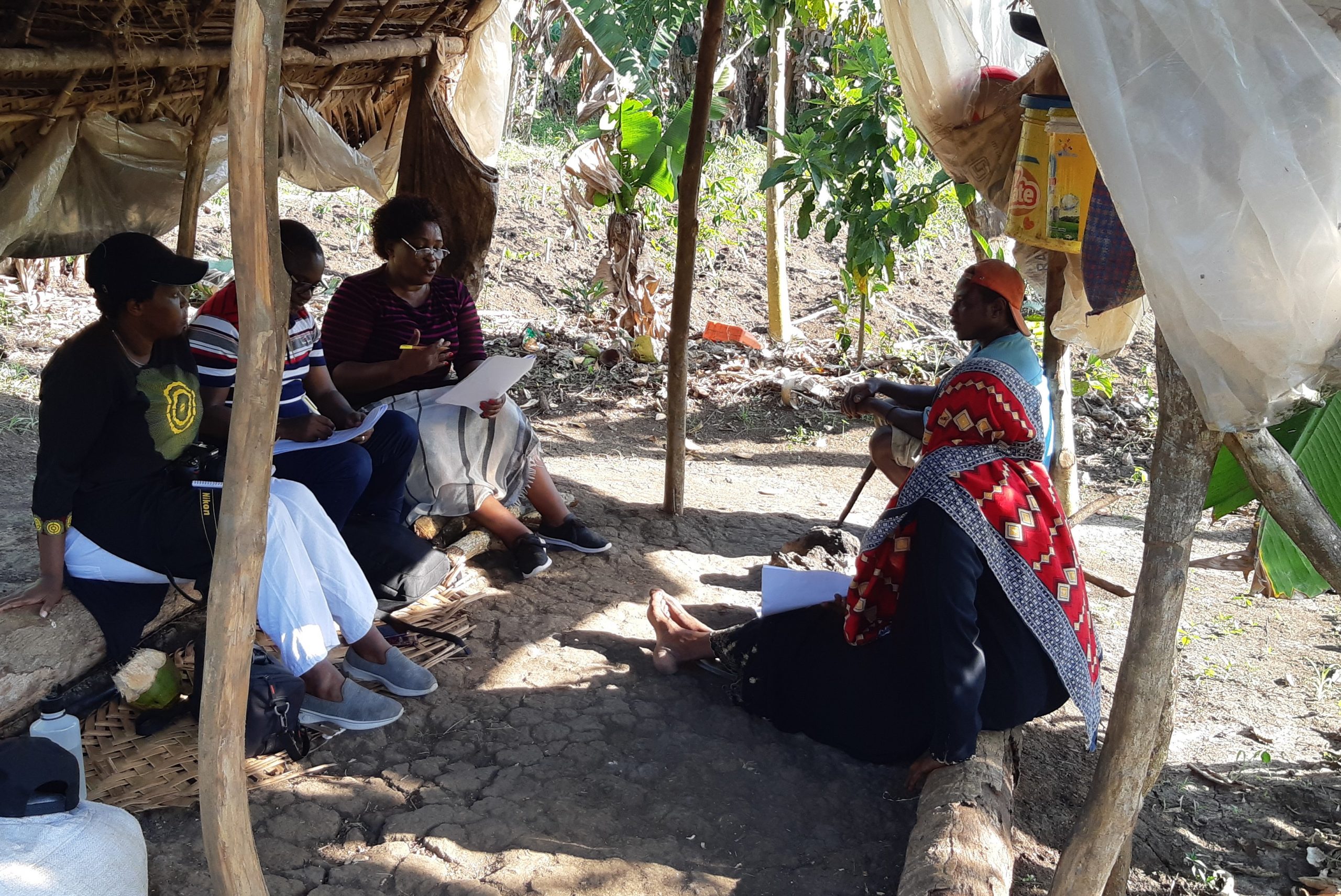 Pretesting the dyadic interview guide with a couple in Zanzibar. Photo by Bakari Abdallah

Our dyadic interview guide was intended for administration in a rural, agricultural setting. We chose to pilot it as part of an existing climate-smart agriculture (CSA) project in Tanzania. We shared the draft guide with project partners and gender experts for review and feedback, and subsequently held a workshop with the research team and partners in Stone Town, Zanzibar to present the feedback and refine the guide. The guide was translated into Kiswahili and pretested before piloting.

The first main part of the guide contains a set of questions about important, recent decisions couples agree were made together. Questions ask about who initiated the discussion, how each spouse engaged thereafter, whose ideas were mostly influential, and who made the final decision and why. A similar set of questions asks each spouse about decisions they made alone, but also includes questions for the other spouse to respond to on whether they would have liked to influence the decision.

Other parts of the guide inquire about couples’ broader perceptions about decision making in their relationship, the types of decisions couples agree and disagree on, and how their experiences making decisions have changed since getting married. For this pilot, we included questions about decision making on the use of CSA practices and technologies.

The guide was piloted in Zanzibar and in the Morogoro Region on mainland Tanzania. Fifteen couples from a variety of backgrounds participated, and interviews took 1 hour and 25 minutes on average.

In the first set of questions, the guide instructs the interviewer to ask the couple to think of an important decision they made over the past year. The decision they choose together becomes the focus of the interview in this first part as couples describe the process that unfolded when making the decision and who had the final say.

As an illustrative example, a couple in Zanzibar focused their discussion on a decision they made to send their daughter for post-secondary school training instead of encouraging her to marry. The husband explained,

“Just like he said, I put it straight that I didn’t want my daughter to get married. I want her to get training on any skill than to get married at this time because she would end up being unemployed. If she attends training on specific skills, she may even employ herself.”

The husband provided more details on how the couple reached a final decision,

“In the beginning…I, as the father, had two or three challenges. I said, my daughter has already completed her studies…[so], the next thing is to get married. Why should we spend more money again on her education when we have already spent a lot?...Our sons said they completely disagreed with my ideas…, that their sister will become a burden to them…The [eldest] son said we should do this, and that to raise funds for her training he would contribute half of the cost so that we implement the idea of his mother.”

From the conversation, it is quite clear that the wife initiated the discussion and contributed ideas that were mostly considered, yet the couple believed they made a ‘joint’ decision given they eventually reached agreement. 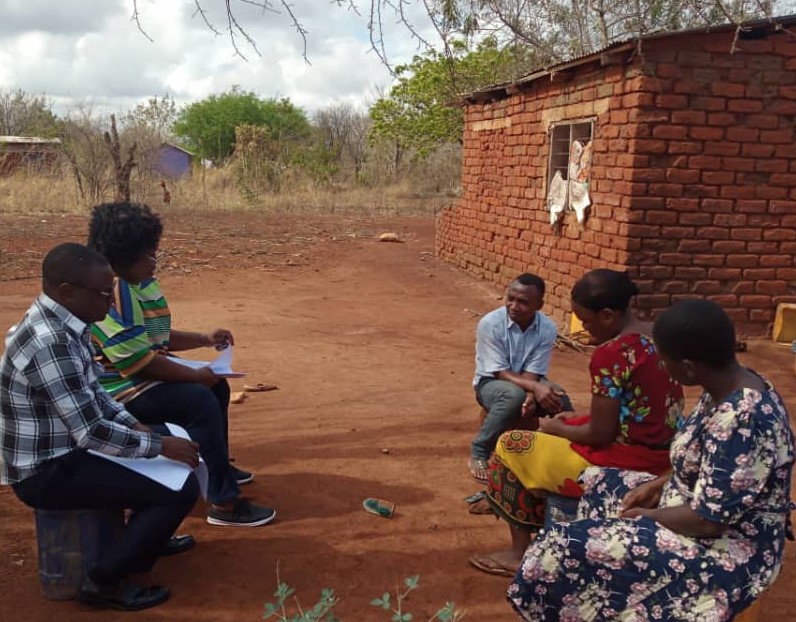 A dyadic interview with a couple in Morogoro region, Tanzania. Photo by Sigsimund Mujuni

Most couples indicated that husbands played the key role in initiating discussions on decisions, contributing ideas, and making final decisions, mainly citing their position as heads of household or overseers of household finances.

A portion of wives and husbands reported they do not make decisions alone, only joint decisions with their spouses. A couple in Morogoro explained that making decisions together allows either spouse to continue with implementing the decision if the other would fall sick or pass away. When asked whether they make even minor decisions alone, such as slaughtering a chicken to make soup, the husband responded,

“We must consult each other on that. Today, this particular chicken should be slaughtered or this guinea fowl.”

The kinds of decisions wives mentioned they made alone required relatively smaller amounts of money to implement (e.g., to purchase new clothes or rear chickens). Wives justified making these decisions on their own primarily because they believed their husbands would have tried to convince them not to proceed if informed or consulted. Several other reasons were mentioned that suggest these women have agency to make decisions of this nature alone. One woman in Morogoro explained,

“I don’t see the importance of consulting or informing my husband because the money is mine. I have control over it without seeking anybody’s advice. The decision of buying clothes for me and my children helps us look smart. My husband gets respected in the village when my children and I are well dressed.”

By asking questions about decisions each spouse made alone, the guide creates an opportunity to observe the other spouse’s reaction, and better understand the circumstances under which women become disempowered from a decision-making process and (dis)interested in getting involved. For example, a woman in Zanzibar reported that she would have liked to be involved when her husband decided to purchase a solar panel to power a water pump for irrigating their garden. She explained,

“You know that decision was big compared to his ability…I felt he was not capable of implementing such a big decision…I have no problem with the decision [to buy a] solar panel. But I would like to have been involved…I want to be aware so that I can contribute if I have an idea. I can probably have a second eye on the decision, to point out a negative outcome, if any.”

In this particular case, the husband did not involve his wife because he feared she would discourage him from making the decision to purchase the solar panels “because ideas involving a lot of money make her worry as she might think it is impossible to accomplish something like that.” 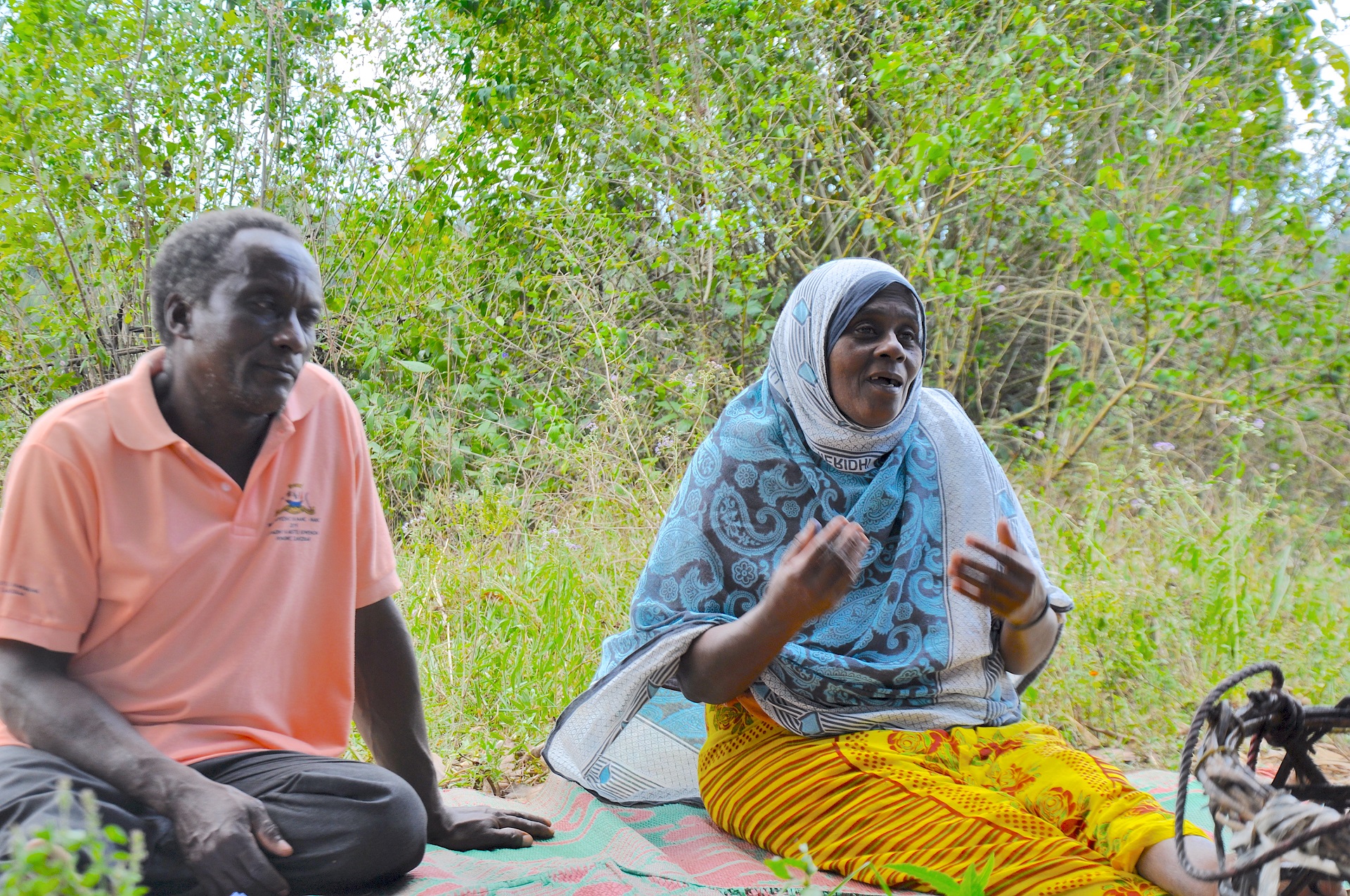 A dyadic interview with a couple in Zanzibar. Photo by Catherine Njuguna

In all fifteen cases, there were no incidences of couples arguing during interviews. It was clear in some cases, though, that certain responses from one spouse elicited a surprised reaction by the other spouse, including when wives were quite candid about disagreeing with their husbands about marrying a second wife. In two interviews, husbands dominated the discussions. In one of these two interviews, it was challenging to communicate with the wife. In such instances, this type of research tool does not yield quality data per se but does capture the power dynamics that limit or restrict some women from contributing to decision-making processes within their homes.

Post interview, couples were asked a brief set of questions on how they felt about the interview and topics of discussion. Overall, couples responded quite positively, with some indicating that they learned a lot during the discussion about how they make decisions. Many couples expressed their desires to make more decisions together moving forward for the betterment of their families.

A report on piloting the dyadic interview guide will be published later this year. We believe the tool can be modified for use by other researchers or development practitioners, especially those who are interested in taking a deeper dive into the processes that unfold when couples (or other dyads) make different types of decisions within their households. In addition, we think these insights can complement studies that are interested in quantifying who makes decisions but that also wish to explore, using a subset of couples, more on why spouses decide alone or jointly and how these decisions get made.

Steven Michael Cole is a Senior Scientist and Gender Research Coordinator for the International Institute of Tropical Agriculture (IITA). His research employs mixed methods to better understand the social and gender dynamics in agricultural contexts in low-income countries.

Catherine Njuguna is the Eastern Africa Regional Communications Officer for IITA. She oversees the dissemination of information on the institute’s activities and provides communication support for scientists in the hubs and stations. She also leads the climate-smart agriculture project titled “Building Capacity for Resilient Food Security in Tanzania.”

Devis Mwakanyamale is a Research Associate at IITA. Apart from other roles at the institute, he is the Monitoring and Evaluation Associate for the Building Capacity for Resilient Food Security in Tanzania project.