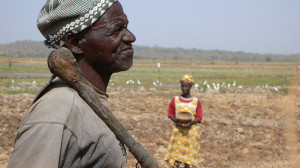 Given the increased attention to gender research, both within CGIAR and among external partners and donors, researchers are often expected to conduct gender analyses, which necessitates collecting relevant data. In order to assist CGIAR researchers in this process, PIM gender researchers, with contributions from and endorsement of the CGIAR Gender and Agriculture Research Network and the IFPRI Gender Task Force, have developed a set of standards for collecting sex-disaggregated data. The document identifies some simple and achievable steps for gathering such data on five broad research areas commonly addressed within the CGIAR. These guidelines raise issues that researchers should consider throughout the research process such as who should provide information, the unit of analysis, and the research context. In many cases, simple changes in survey design or research methodology can allow for much richer gender analysis. In addition, while ethical issues are a central component of any effort to collect data from human subjects, this document highlights the areas within gender research that require enhanced attention to confidentiality and consent. It is the hope of PIM and the CGIAR Gender and Agriculture Research Network that this guide will serve as a useful resource for CGIAR researchers working across a diverse array of topics and that it will stimulate further conversation to identify good practices in sex-disaggregated data collection and gender analysis.

Collecting sex-disaggregated data is one of the most common approaches that researchers use to integrate gender in their research. However, researchers new to this method may be unsure about why it’s important and what it entails.  In this interview, PIM gender researchers Cheryl Doss, an economist at Yale University, and Caitlin Kieran, Senior Research Assistant on gender, answer some common questions about collecting and interpretation of sex-disaggregated data.

Also read our EnGendering Data blog to learn more about the application of the approach.