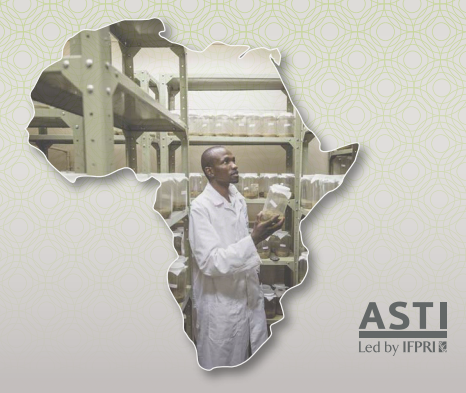 High population growth, deteriorating soils, climate change, and volatile food prices are major factors affecting food security in Africa south of the Sahara (SSA). To respond effectively to these challenges, agricultural productivity in the region needs to be accelerated without delay. To succeed in generating the targeted research outputs needed to achieve this, the countries of SSA need sufficient, sustainable funding of strategic agricultural research programs in alignment with national and subregional priorities. They also need talented, well-trained researchers who work within an innovative yet efficient environment that motivates them.  A few countries are succeeding in this this regard, and many can be said to have increased their commitment and made valuable progress. Yet, many countries are still struggling with inadequate systems, funding, and human resource capacity.

New quantitative evidence presented in this report demonstrates that, although agricultural R&D spending and human resource capacity has grown considerably in the region since 2000, it was concentrated in only a few African countries. In 2012, just three countries—Nigeria, South Africa, and Kenya—accounted for half the region’s agricultural R&D nvestments.

Other key findings of the report include:

African governments and research agencies are limited in their choice of options to address the many challenges they face in developing their agricultural research systems because of funding constraints. The report lists various successful policy changes already adopted in certain countries, which can offer valuable lessons for others. 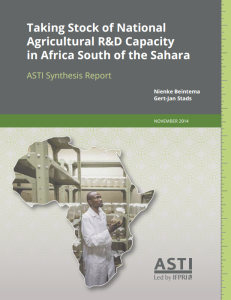 Nienke Beintema is the program head of Agricultural Science and Technology Indicators (ASTI), which is led by the International Food Policy Research Institute (IFPRI), Washington, DC.

This publication was developed with funding from the Bill & Melinda Gates Foundation, the Canada Department of Foreign Affairs, Trade, and Development, and the CGIAR Research Program on Policies, Institutions, and Markets (PIM).