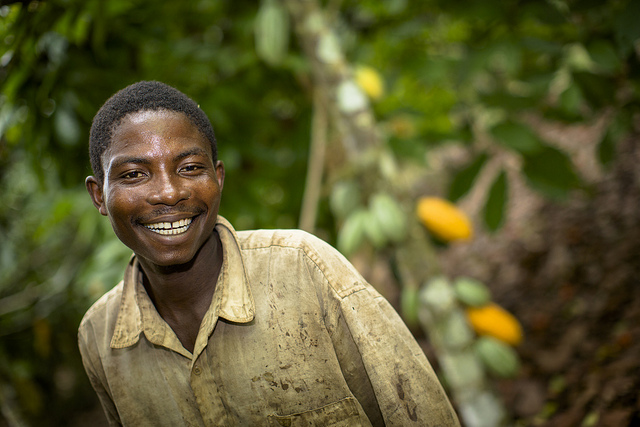 IN FOCUS: JOBS IN AGRICULTURE FOR YOUNG PEOPLE

Photo credit: This is Africa (TIA)

As we at CGIAR design the second phase of CGIAR Research Programs (2017-2022), we are incorporating issues newly requiring increased attention. Employment—and especially jobs for young people—is one such area. Automation and expansion of information and communication technologies (ICT) bring clear benefits, including to the world’s poor. But they also appear to be reducing the number of jobs requiring modest skill levels and yielding incomes over the poverty line. Concern about present and future employment opportunities—in both the rich and poor countries—is high. How can agriculture contribute to the jobs agenda, with its clear linkage to poverty and food security?

Urbanization is clearly a global trend, and it will accelerate. Between now and 2050 the continued flow of people to cities and a shift in births to urban areas around the world will bring a decline in the global rural population by about 150 million. Where families are small and grown children move to cities (as, for example in East Asia, the European former communist countries, and much of Latin America), the rural population is aging rapidly. By 2050, however, in contrast, the rural population in Africa south of the Sahara will grow by about 350 million people, and rural growth will also be significant in South and parts of Central Asia. Where the rural population is growing fast, it is also very young on average, and millions of young people enter rural labor markets each year.  Farming and related activities must and can absorb many of these energetic and ambitious young people.

Farming can accommodate many new entrants, but only if land markets function much differently than they do at present, and if new technologies, including mechanization, make farming both profitable and attractive.

Changes in the age distribution of rural communities will bring major changes in farm size and management, and will require very active land and labor markets to accommodate the needed adjustments. Farms in Asia will get larger as aging operators retire and those who remain in farming consolidate holdings. Farm families in land-scarce South Asia will engage even more than at present in mixed livelihoods combining on and off-farm incomes. In Africa south of the Sahara, agriculture will be called upon to absorb waves of young people coming of age in rural areas and seeking rewarding work. Farming can accommodate many new entrants, but only if land markets function much differently than they do at present, and if new technologies, including mechanization, make farming both profitable and attractive.

How CGIAR can help practitioners understand and address youth employment issues in rural areas was discussed during the recent workshop on ‘Mobilizing Youth within Phase 2 CGIAR Research Programs (CRPs)’ organized by the International Institute for Tropical Agriculture (IITA), the African Development Bank and the CGIAR Consortium in Montpellier, France. Our CIRAD colleague Bruno Losch and I gave a joint presentation, where we addressed the current context, patterns, and prospects for youth employment in agriculture, with a specific focus on Africa south of the Sahara.

Infusion of the energy and talents of Africa’s young people will bring a big boost to agricultural growth and food security.

We at the CGIAR Research Program on Policies, Institutions, and Markets (PIM) are working to identify practical steps that African political leaders, partners, community organizations, and citizens can take to unlock the potential of agriculture to create good jobs for young people. Infusion of the energy and talents of Africa’s young people will bring a big boost to agricultural growth and food security.

Karen Brooks joined CGIAR and IFPRI in 2012 as Director, CGIAR Research Program on Policies, Institutions, and Markets. Prior to that she worked for the World Bank for more than 20 years, primarily on agricultural development in Africa, Europe, and Central Asia. For the last 10 years of her tenure at the World Bank, she managed analytical and operational programs in the Africa Region. Brooks has published on issues related to price and land policy in countries transitioning from planned to market economies, and on challenges of youth employment in Africa South of the Sahara. Prior to joining the World Bank, she was Associate Professor in the Department of Applied Economics at the University of Minnesota. Brooks received both her PhD and Master’s degrees in Economics from the University of Chicago, where she was a National Science Foundation Graduate Fellow.