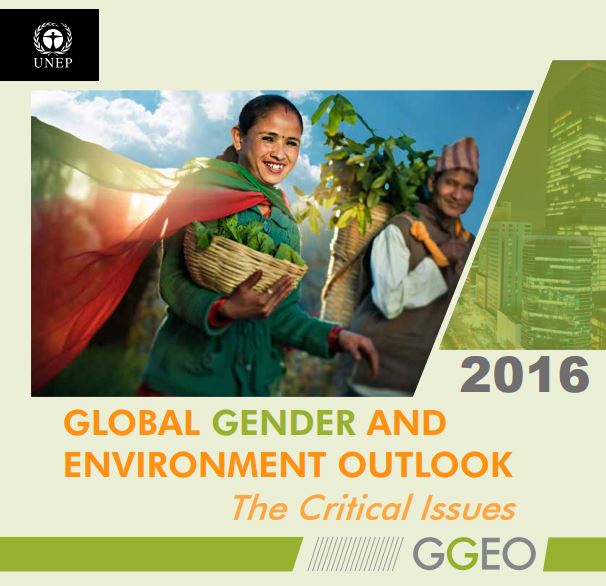 PIM CONTRIBUTES TO THE GLOBAL GENDER AND ENVIRONMENT OUTLOOK

The Global Gender and Environment Outlook (GGEO), a collaborative project between the United Nations Environment Programme (UNEP) and strategic partners, is the first comprehensive global assessment of inter-linkages between gender and the environment. In advance of the report’s release later this year, GGEO: The Critical Issues, an abridged version of the report, was presented at the second United Nations Environment Assembly (UNEA-2) in Nairobi on May 25, 2016.

Cheryl Doss and Caitlin Kieran, members of PIM’s gender team, served on the advisory data group for the report.

Everyone, women and men alike, have an important role to play in moving towards environmental sustainability. Recognizing women as part of the solution is therefore not only a human right in itself, but also provides a unique opportunity to address the often deep-rooted inequalities in society that impact negatively on the urban and rural environment.