With increased recognition of the importance of gender in development, researchers now often collect data disaggregated at the individual or intra-household level, sometimes with a great amount of detail involved. Yet, once in a while we may need to step back and reflect whether we are asking the right questions and whether we are making the right conclusions.

In this blog I advocate for the continued use of qualitative research methods to better understand the local context and to enable researchers to better design quantitative survey instruments and interpret the results from quantitative data analysis. 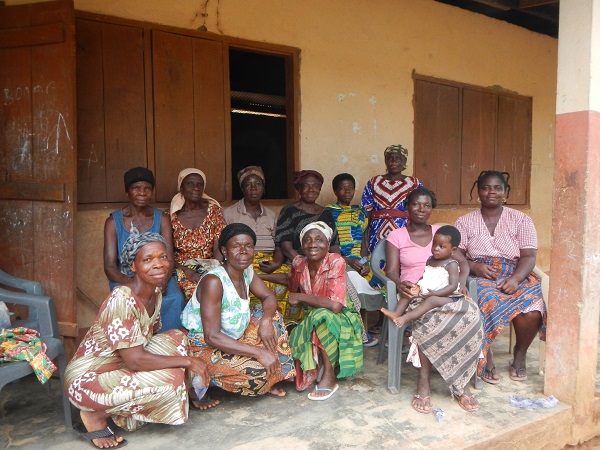 Starting my research on land tenure and gender in Ghana, I complemented the literature review and data analysis with qualitative field work in order to better understand how smallholder farmers gain access to land and how this differs for men and women.  I initially planned to conduct a modest number of group discussions and stakeholder interviews. Yet, this soon appeared insufficient to grapple the diversity of tenure systems and I finally conducted a total of 56 gender-separated group discussions in 7 different regions of Ghana.

The first aim of the field work was to understand how smallholder farmers access land in Ghana. To say that customary tenure systems are complex and diverse is not an understatement. In the paper published in Land Use Policy I explain key aspects of customary tenure arrangements in Ghana, and how they can differ even among nearby communities.

The second aim was to understand how and why men’s and women’s access to land differs. By definition, gender is a social construct. In my discussions with household members of both sexes, it quickly became clear that men and women often have different roles in their households, families, communities and markets, and to a large extent this offers a rationale for an unequal distribution of productive assets between men and women.  The analysis of the social norms, rules and perceptions that influence men’s and women’s access to land was published in World Development.

The insights from the qualitative field work raises two main concerns. First, are we asking the right questions on land and gender in our survey questionnaires? For example, there has been a widespread call to ask about joint ownership of assets. This may be needed in other settings, for example in Eastern DR Congo where I previously conducted research. Yet, joint ownership is not relevant for land in Ghana. Land rights are held by individuals, typically as part of their family or lineage, but rarely by spouses in married couples. On the other hand, we need more details on the family or lineage from which the land originates, which specific land rights are held, who else has rights to the same parcel of land, and whether some household members also have rights to land that they are not cultivating at the time of the survey.

Secondly, are we identifying the right conclusions from these data? It is generally assumed that when the share of land held by women increases, these women are more empowered or have higher well-being. Both male and female focus group discussants agreed that a woman’s income from farming can be spent at her own discretion and that it therefore increases her decision-making power over expenditures in the household. At the same time, women who own and farm more land than their husbands may find that their husbands respond by reducing their household contributions. It is important to look at these multiple dimensions. 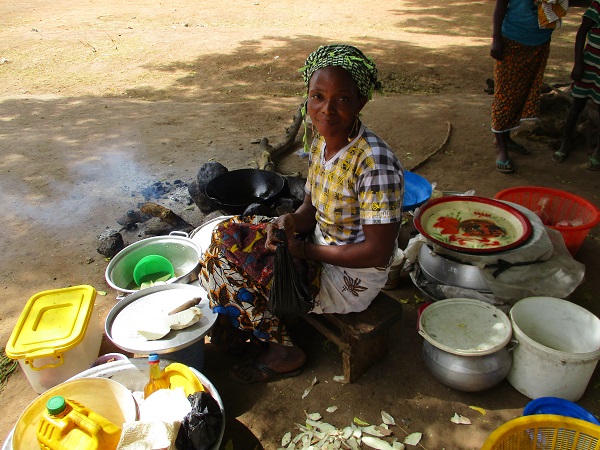 Moreover, the majority of women report that they prefer to earn income through off-farm enterprises rather than through farming activities. Women have traditionally been powerful players in Ghana’s markets, and they are more likely to hold a small-scale enterprise than men in rural areas. Men are often heard to pride themselves if their wives engage in non-farm income-generating activities. In doing so women contribute to income smoothing and alleviate liquidity problems that typically arise due to the seasonal nature of agricultural production.  Some women explained that they farm only due to lack of means to start a business. In this context, should we really consider women’s access to land as an indicator for women’s well-being and empowerment?

Collecting and analyzing sex-disaggregated data at intra-household level is necessary, but we need to complement this with thorough qualitative field work to better understand the context in which these data are collected. Without sufficient understanding of the local context we risk being blind to what the data really tell us, and we may base our interpretations and conclusions on commonly voiced gender myths rather than on reality.

Isabel Lambrecht is an associate research fellow with the Ghana Strategy Support Program (GSSP) of IFPRI’s Development Strategy and Governance Division, based in Accra. Her research focuses on gender and rural transformation, mainly related to land tenure, agricultural technology adoption and non-farm enterprises. She conducted research in eastern DRC, Burundi, Uganda, and Malawi. Isabel holds a PhD in Agricultural Economics and a Master degree in Bioscience engineering from KU Leuven, Belgium.