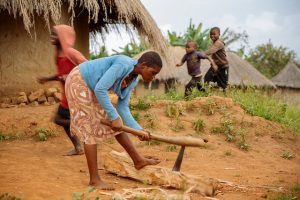 Policy-makers in Africa are increasingly expressing concern about the future of agriculture. While the processes of structural transformation typically involve people moving out of agriculture, the specifics of this process may determine who gains and who loses. In some areas, when men migrate out of rural areas, women remain on the farms and we observe what is often called the feminization of agriculture. In other areas, including Malawi and Ethiopia, youth leave their agricultural households and migrate either to other rural areas or to urban centers.

In their new paper in the Journal of Development Studies, Valerie Mueller, Cheryl Doss, and Agnes Quisumbing investigate how youth migration in Ethiopia and Malawi affects household labor, hired labor demand, and income, and whether these effects vary by migrant sex and destination.

"Ethiopia and Malawi provide interesting contexts to study the implications of youth migration on rural households. First, gender roles in agriculture are markedly different in Ethiopia and Malawi, with a much higher participation rate of adult women in farm agriculture in Malawi. Thus, we hypothesise that migration would have different consequences on farm labor in the two countries, depending on the sex of the migrant. Second, both countries have strong yet distinct historical antecedents of internal migration. Urbanisation and strong investments in infrastructure by the Ethiopian government has attracted migrants into Addis Ababa, while internal migrants in Malawi, in contrast, are drawn predominantly to other rural areas with available land or agricultural wage employment. Third, policy reforms specific to each country may underlie diverse patterns of migration. For example, households may favour the spatial reallocation of youth family members in Ethiopia due to the Federal Land Use Law which precludes household heads from migrating out of fear that their land will be expropriated."

Authors finds that, while labor shortages arise from the migration of a head’s child, the migration of the head’s sons produces a greater burden, particularly on female heads/spouses (in Ethiopia) and brothers (in Malawi). Gains from migration in the form of increased total net income justify the increased labor efforts in Ethiopia. Weaker evidence suggests households in Malawi substitute hired for migrant family labor at the expense of total household net income.

“Two potential mechanisms could explain the observed impacts of youth migration on household labor constraints and welfare. One hypothesis is that the increased efforts of female heads/spouses in Ethiopian households and the costs of hired labor in Malawian households may serve as imperfect substitutes for the labor of migrant sons, jeopardizing overall agricultural income. A second hypothesis is that the additional income available to the household from the migrant may be used to adopt new technologies or practices that mediate the losses attributable to the loss of migrant labor, such as the use of animal traction. Our findings support the former hypothesis in Malawi but not in Ethiopia. Specifically, our nearest neighbor matching estimate indicates losses in agricultural net income on the order of 30 per cent among households having at least one migrant son in Malawi. In contrast, gains from migration in the form of increased total net income justify the increased labor efforts in Ethiopia.”

This work was undertaken as part of and funded by the CGIAR Research Program on Policies, Institutions, and Markets (PIM) led by the International Food Policy Research Institute (IFPRI). PIM is in turn supported by the CGIAR Funders. 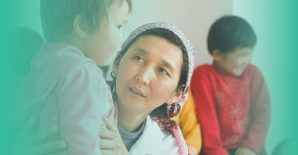