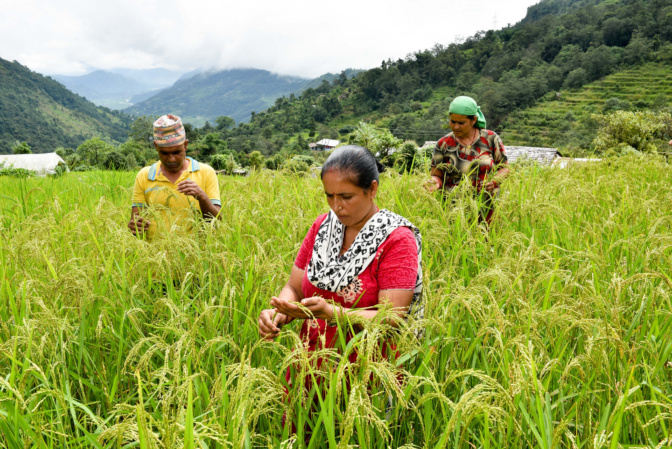 Watch this June 10, 2021 webinar presenting results of the projects

The CGIAR Collaborative Platform for Gender Research announced five proposals selected as part of the 2018 cross-CGIAR research call on the topic "Feminization of agriculture: Building evidence to debunk myths on current challenges and opportunities". The teams will work on the projects from October 2018 to March 2020. Funding is provided by the Collaborative Platform and the CGIAR Research Programs and Centers involved (minimum 50%). The selected proposals were announced during the Platform's Annual Scientific Conference on 25 – 28 September 2018 in Addis Ababa, Ethiopia.

Migration and Gender Dynamics in Irrigation Governance in Nepal

Exploring feminization of agriculture through gender dynamics across scales

Scrutinizing the ‘feminization of agriculture’ hypothesis: A study on the gendered evolution of labor force participation in agriculture and forestry in Indonesia 1993 – 2018