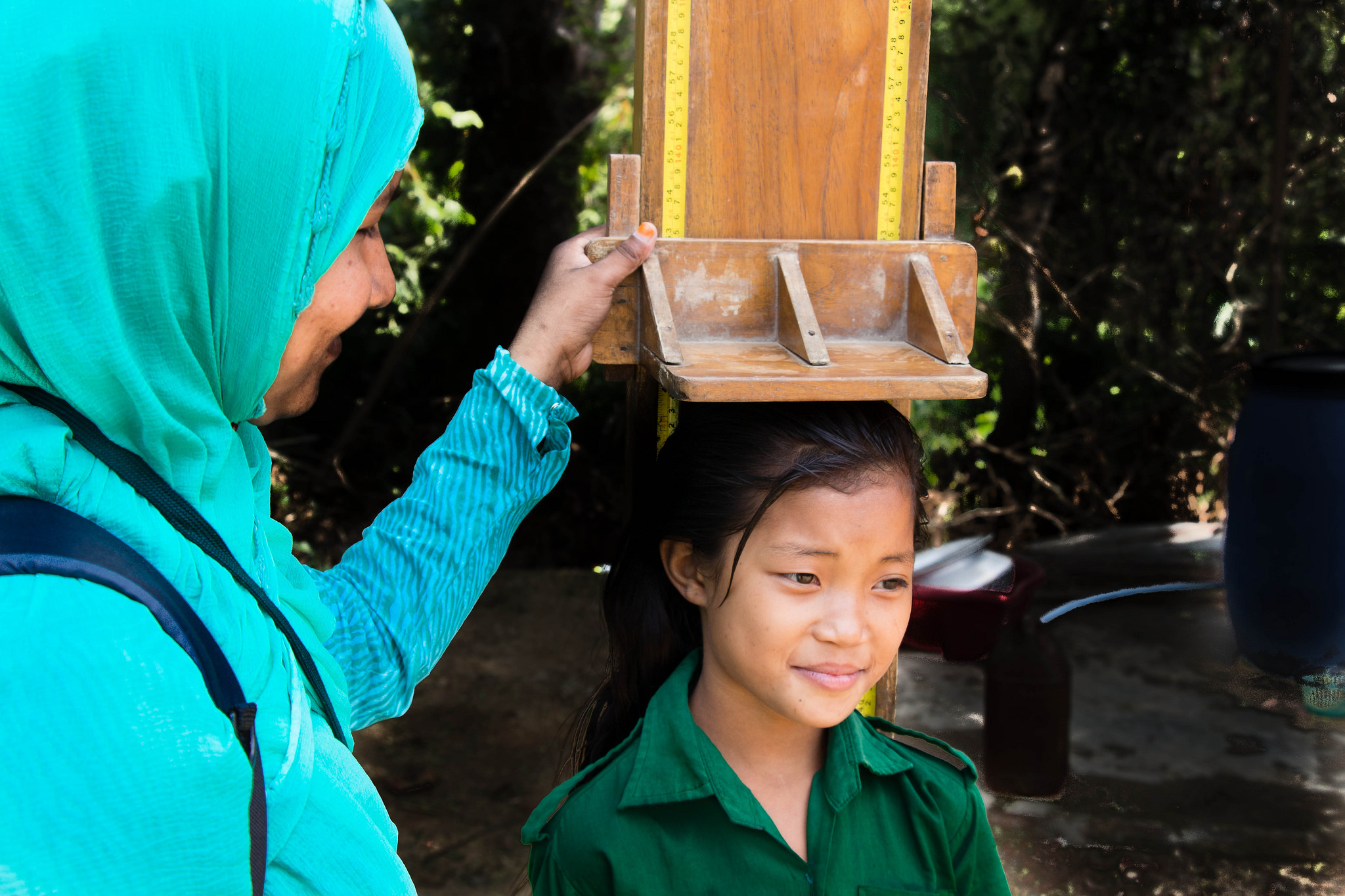 A girl has her height measured as part of a household survey conducted by IFPRI's Bangladesh country office. Photo: IFPRI/Farha Khan

This post by Frank Place, Director of PIM, and Peter Hazell, External Coordinator for Impact Assessment at the International Food Policy Research Institute (IFPRI), first appeared on the IFPRI Blog.

It is often argued that the more researchers engage with policymakers, the more likely that their evidence will be used in policy decisions; also, that engagement is enhanced when researchers reside in the countries where they are conducting research.

These notions were put to the test in a recent set of studies that examined the contributions of IFPRI’s decentralization strategy, and in particular its country programs (CPs), to policy outcomes and subsequent impacts. The studies also probed the importance of various communication, partnership, and other outreach strategies promoting the use of evidence in policy decision making.

The studies included interviews of past and current IFPRI country leaders; a deeper exploration of three African countries, including discussions with many stakeholders; and an econometric assessment of potential impacts from IFPRI country presence using national panel datasets from 1981 to 2014.

IFPRI has long outposted research staff to engage more closely with individual countries on policy issues. This began on an ad hoc basis in the late 1980s in Bangladesh, Pakistan, Malawi, and Mozambique, then expanded more formally after 2003 in Bangladesh, China, Costa Rica, the Democratic Republic of the Congo, Ethiopia, Ghana, India, Malawi, Mozambique, Nigeria, Pakistan, and Uganda. (For a list of IFPRI offices with contact information, click here.)

The available evidence demonstrates that IFPRI’s country programs have, despite some failures, made valuable contributions in their host countries to national policy and strategy development and to strengthening national capacity for undertaking and using evidence-based policy analysis. These contributions are widely recognized by national stakeholders and donors who fund the CPs.

Among the noteworthy successes were evaluations and studies that became a basis for decisions on programs (e.g. cash transfers, food subsidies, input distribution and subsidies, integration of nutrition) and modeling assessments that buttressed subsequent policy decisions (trade agreements, bans and tariffs, agricultural strategies).

A full description of these successes can be found in Place and Hazell 2018. In addition, to supporting current policy debates and decisions, IFPRI CPs have been recognized for strengthening the capacity of national research and policy analysts. Several CP teams have also helped to build up national statistical systems and databases, and the associated capacity of local institutions to collect and use primary data. Collaborative research—and the on-the-job training that it entails—has been the most effective approach in this area; one-off trainings less so.

Given these cases of successful support for policy decisions, an impact assessment report led by IFPRI Africa Region Deputy Director Sam Benin attempted to measure the effects of IFPRI’s decentralization process (captured by data on outposted staff by country) on a number of policy and development indicators. The econometric study used national panel data from 1981 to 2014 and controlled for other factors as much as possible given data limitations. The study found that IFPRI’s presence and the intensity of its policy-oriented research in a country is positively and significantly associated with most of the policy and outcome variables analyzed, in particular land productivity, labor productivity, and GDP per capita.

A synthesis report on this set of studies argues that there is no standard blueprint or uniform structure or approach for CPs; they need the flexibility to adapt to local contexts. Rather, this study confirms the crucial importance of CP teams becoming effectively embedded within the local policy ecosystem and building long-term relationships of trust and credibility with key policymakers.

The success of CPs also hinges on their ability to bring original research contributions to national policy debates, and this has typically involved the collection and analysis of new primary data such as household surveys, or the construction of models that enable multisectoral or multiyear analyses. These assets have also become valuable for addressing policy questions that arise on short notice.

Relationships with national policy stakeholders are also critical. Having a national advisory committee or some other consultative body or process in which key stakeholders have a voice (such as regular workshops and donor-government working groups) helps to ensure that a CP has a demand-driven research and capacity-building agenda.

The physical location of a CP is another important choice. Placing IFPRI staff within government ministries or government think tanks can facilitate day-to-day interactions and make it easier to influence policies. But doing so also runs the risk of having the research agenda dominated by burning short-term government issues. The best arrangement may to be to locate the CP staff in an independent office, with one or more team members working in the policy analysis sections of relevant ministries, as practiced by a few of IFPRI’s CPs.

Partnerships outside of government are also critical for a successful CP, e.g. for research and outreach. National research organizations such as universities and think tanks can be vital research partners and become the main beneficiaries of a CP’s capacity-strengthening work. Some of these organizations also serve as channels for influencing policy by communicating and advocating findings and recommendations arising from their IFPRI research partnerships. Donors, other international organizations, and NGOs have also proved to be good partners for policy outreach and communications.

The main communication channels through which CPs can influence policy are direct contact with senior policymakers, indirectly via well-connected partner organizations and champions of IFPRI, and through evidence-based conferences and workshops. Written materials and websites have played mixed roles, and use of the media has been less common and possibly underexploited.

A successfully embedded CP team and strong evidence are not always enough for influencing policies. The right conditions are also necessary for policy change. Three factors seem particularly important: The existence of a specific and relevant problem; solid evidence from rigorous research on the expected impact of a policy change and of available alternatives; and a focusing event, such as an emerging policy crisis. The Kaleidoscope Model developed at IFPRI for analyzing drivers of change in the food security arena provides a useful framework for CP teams to prioritize their research agendas and communication strategies for greater policy influence.