Also watch this video featured in the webinar presentation:

Local communities and indigenous peoples manage a significant portion of the world’s remaining forests, pastures, and fisheries as common property resources. Devolving ownership, use, and exclusionary rights to communities can, in many circumstances, provide incentives for them to manage resources in ways that facilitate sustainable management outcomes as well as greater equity in benefits distribution. However, understanding who is investing in community-held resources following rights devolution and how investment patterns evolve over time is fragmentary. This webinar presentation will address this knowledge gap by exploring the pathways that have emerged to deliver investment in common property resources in Guatemala, Mexico, Nepal and Namibia. The implications of these findings on more effective and equitable forest management institutional arrangements will be also presented. 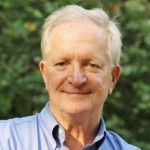 Steven Lawry is a Senior Associate in the Equity, Gender and Tenure research program at the Center for International Forestry Research (CIFOR).

Dr. Lawry has published studies and scholarly articles on the social, economic and ecological effects of forest rights devolution; the impacts of land rights formalization on agricultural investment and productivity; and tenure factors affecting adoption of forest landscape restoration practices in Africa, among other topics. He received a PhD from the Nelson Institute for Environmental Studies at the University of Wisconsin-Madison in 1988. The same year he joined the research staff of UW-Madison’s Land Tenure Center (LTC). He became LTC’s Associate Director in charge of Africa programs in 1990. Steven held senior positions in the Ford Foundation from 1992 to 2006, including Assistant Representative for the Foundation’s Office for South Africa and Namibia (1992-1997) and Regional Representative for the Foundation’s Office for the Middle East and North Africa in Cairo (1997-2001). He was president of Antioch College, in Yellow Springs, Ohio, in 2006 and 2007. He was a Senior Research Fellow at the Harvard Kennedy School’s Hauser Center for Nonprofit Organizations from 2008 to 2013. On leave from the Kennedy School, he headed the USAID-funded Sudan Property Rights Program in 2010 and 2011, based in Juba, assisting the Government of South Sudan develop a national land policy. Dr. Lawry served as Global Practice Leader for Land Tenure and Property Rights at DAI, a Washington-based consulting group, from 2011 to 2014. He joined CIFOR in September 2014. Stationed at CIFOR’s headquarters in Bogor, Indonesia, from September 2014 to October 2017, he served as Research Director of CIFOR’s Forests and Governance program (September 2014 to January 2016) and subsequently as Director of Equity, Gender and Tenure research (January 2016 to September 2018). From November 2017 to August 2019, Steven was based at the Washington offices of CIFOR’s partner, the International Food Policy Research Institute (IFPRI), where he co-led PIM's Flagship 5: Governance of Natural Resources.