Tenure reform in forests has been on national and international forest policy agendas in recent years.  These important reforms are intended to give customary communities, other local communities or local governments ownership or a greater level of user rights over forestland and resources. The Global Comparative Study on Forest Tenure Reform, undertaken by the Center for International Forestry Research (CIFOR), has been aiming to understand what happens on the ground when these reforms are implemented.

A collection of briefs just released by CIFOR presents findings on the progress of forest tenure reforms in Uganda and Kenya. The research team aimed to analyze some of the primary questions: Are these reforms helping to conserve forest resources and providing livelihood returns for local people? Are they improving land tenure security? What are the impacts on the rights of the poor, specifically women and ethnic minorities, and their access to forests and trees? What are the bottlenecks and is anything missing? What lessons and insights for policy and practice can already be drawn?

In Uganda, research was conducted in four districts in Uganda (Kakumiro, Kibaale, Masindi, and Lamwo), which covered four types of tenure regimes that came into effect with the 2003 National Forestry and Tree Planting Act (NFTPA). The main findings of this work are summarized in this brief. Forest tenure security in Uganda was seen by respondents to be most positively influenced by forest land having clear boundaries, by local people having land titles, and by the absence of conflicts within the community. More results and recommendations are presented in the complementary briefs listed below:

Reports on the multi-stakeholder workshops on the co-elaboration of future scenarios (using the Participatory Prospective Analysis (PPA) approach):

A training guide for communities: Understanding and protecting our forest tenure rights and privileges: A guide to training of local community leaders in Uganda

The project website includes a number of videos from Uganda, as well as similar research from Peru, Indonesia, Colombia, and Nepal. This video summarizes some of the key findings of The Global Comparative Study on Forest Tenure Reform.

This work was undertaken as part of PIM’s research flagship on Governance of Natural Resources and also forms part of the Forests, Trees and Agroforestry CGIAR Research Program portfolio. 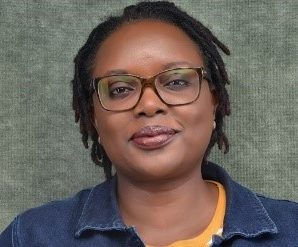 This work was conducted under the purview of Esther Mwangi, Principal Scientist at CIFOR, who passed away in October 2019. Esther was a great scholar focusing on gender and land-rights inequities in relation to natural resources, and a dear friend to many of us.

The Esther Mwangi Scholarship Fund established in her memory by the International Associations for the Study of the Commons (IASC) and CIFOR, aims to provide funds to support African commons scholars to participate in international (IASC) conferences.