The intrinsic value of empowering women farmers in developing countries is recognized as a fundamentally important element in the process of social and economic development. Women can play a critical role in decision-making on the allocation of scarce resources for household consumption, investment, and production choices. In a farm household, these investment and production choices include decisions like what crops to cultivate, what inputs and technologies to use, and how to manage these crops throughout the season, among many others. Taken together, women’s roles in multiple decisions have important consequences for labor, food, nutrition, health, and many other facets of a household’s livelihood strategies.

However, women often have less access to information than men, including information about productivity-enhancing agricultural technologies and practices. This can constrain women’s informed participation in decision-making on crops, technologies, and practices. Often, it is a consequence of the fact that male farm-household heads are targeted by agricultural extension programs. At least two strong assumptions explain the persistence of this form of discrimination: all information flows freely within the household from men to women, and women are insignificant actors in agricultural production.

With these two assumptions in mind, we recently conducted a field experiment with monogamous smallholder maize-producing farm-households in Uganda to examine the impacts on women’s empowerment from the use of gender-responsive information and communications technology (ICT) in the provision of extension services. We focus on the use of informational videos to assess the impact of both providing women with direct access to video-based extension information and featuring women as information providers in the videos themselves. This helps us test the impacts of passing information to women and of projecting a woman farmer as a role model. We estimate the impacts of these videos by measuring the impacts on women’s knowledge, their agency, and their achievements in farming.

In the context of our study, we define women’s empowerment as the state in which women have greater ability to make and act upon choices, both individually and jointly with their male co-head within the household.

Our intervention consisted of short informational and aspirational videos, screened on tablet computers, that provide viewers with verbal recommendations and visual demonstrations of appropriate input use, management practices, and investment strategies to obtain higher maize yields. 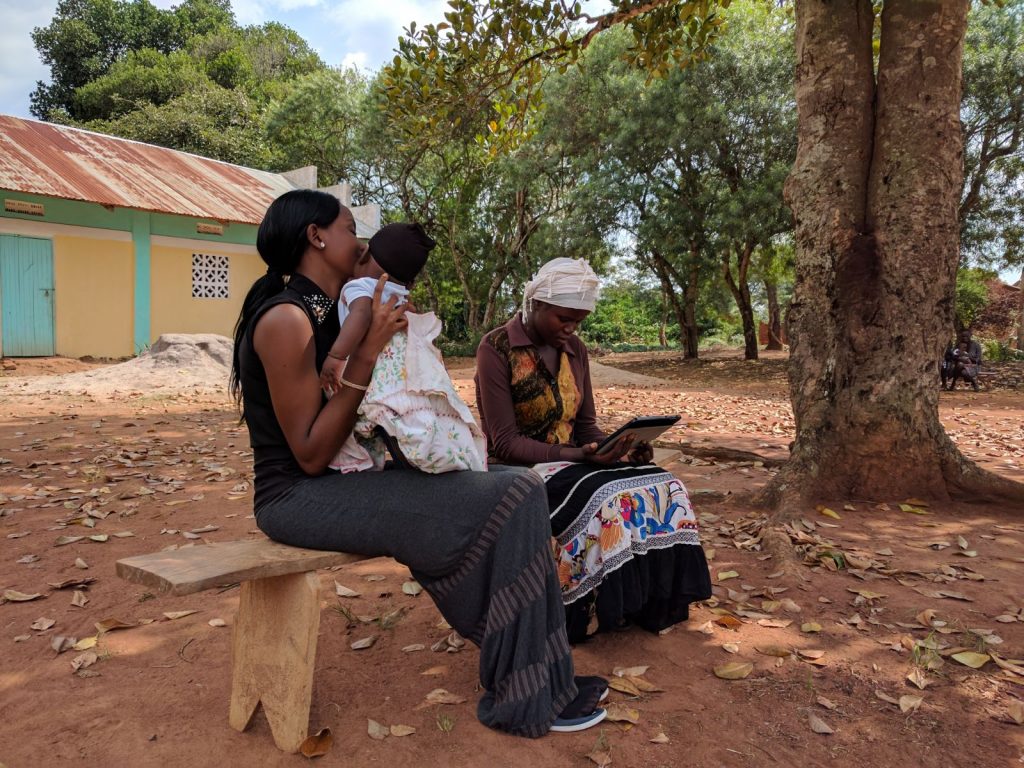 Our field experiment uses a factorial design, illustrated in the figure below. The first “factor” is the gender of the person(s) who receives the extension information in the video. The videos were randomly shown by our enumerators to either the male co-head of the household, the female co-head, or the male and female co-heads together as a couple. Varying the gender of the information recipient(s) allowed us to test our hypothesis about the importance to women’s empowerment of improving women’s access to information.

The second “factor” is the gender of the person(s) who delivers the information in the video. One video features a male actor only, another features a female actor only, and a third features both actors together. Otherwise, each video features exactly the same content and script. The different versions of the video were shown randomly to participants in the experiment. Varying the gender of the information provider(s) allowed us to test our hypothesis about the importance of female role models to women’s empowerment. 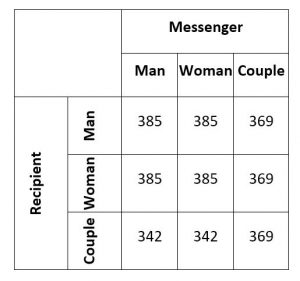 Figure 1: Experimental design and sample sizes in each treatment arm

By crossing these two factors, participants in the experiment were assigned to one of nine possible treatment combinations (Figure 1).

We conducted the experiment in five districts of eastern Uganda, where maize is both a staple and marketable crop. We showed the video to participants in July 2017, prior to maize planting, and again in August 2017, during planting time. Endline data were collected following the harvest in January 2018.

The findings of our experiment are complex and nuanced, but provide potentially important insights for ICT-enabled extension programs.

Third, women not only gained in terms of decision-making, but they also increased actual adoption of recommended inputs and management practices. These gains were observed in both women’s individual decision-making and in joint decision-making of female and male co-heads.

Fourth, the total area of the household maize plots that were managed by women increased as a result of providing only women with information, and maize production on those female-managed plots more than doubled. There is no evidence of any increase in maize production, productivity, or area under cultivation for jointly managed plots when women received information, not even when they received it together with the male co-head.

In short, these results point to several strong informational effects. Our role model treatment, however, returned mixed results. We found no impact of featuring a female actor in the video—either alone or with a male actor—on women’s knowledge outcomes, their individual decision-making, or their adoption of recommended practices. We also found indications of a negative effect on yields on female-managed plots and the sales of maize by women.

However, we did find a positive role model effect on women’s decision to use organic fertilizer. This may reflect the ready availability of organic fertilizer and the possibility that women do not have to bargain with men over its use.

Overall, our findings suggest that extension programs aimed at providing women with information—thereby addressing intrahousehold information asymmetries—may be a first-best means of empowering women in agriculture. Other, more subtle means that seek to influence perceptions and norms about gendered roles in the household by projecting women role models may not generate expected effects, though they remain worth further exploration.

For more information on our experimental methods and findings, please see:

This study was carried out with financial support from Digital Green and the U.S. Agency for International Development (USAID) under Feed the Future’s Developing Local Extension Capacity (DLEC) project; the CGIAR Research Program on Policies, Institutions, and Markets (PIM), led by the International Food Policy Research Institute (IFPRI); the CGIAR Research Program on Maize (MAIZE), led by the International Maize and Wheat Improvement Center (CIMMYT); and the International Development Research Center (IDRC), Ottawa, Canada (grant no. 109177-001), through the CGIAR Collaborative Platform for Gender Research. The CGIAR programs and platforms, in turn, are supported by these funders. The study is registered in the American Economic Association RCT Registry (#AEARCTR-0002153), and received approval from IFPRI’s Institutional Review Board (IRB). The views expressed herein do not necessarily represent those of Digital Green, USAID, IDRC or its Board of Governors, or the CGIAR research programs, platforms, and centers mentioned above.