Conflicts are relatively common in pastoral and agropastoral  areas, and how they are perceived and handled has a strong influence on their outcomes. Many underlying conflicts are latent – unseen to an outsider, lying quietly under the surface, and  triggered by an event or action such as, for example, building a badly-situated water point. Asserting rights to resources and seeking to redress injustices or inequalities, conflict can become an inherent feature of pastoralists’ struggle for change. As a result, conflicts are often inevitable and perceived as legitimate by the parties involved. Development actors need to recognize this and be prepared to act appropriately to either prevent conflicts or manage them well when they are unavoidable.

A new note on preventing land use conflicts in pastoral areas, developed by the International Fund for Agricultural Development (IFAD) in collaboration with two CGIAR research programs -  Policies, Institutions, and Markets (PIM) and Livestock - provides guidance to program and project staff on how the increased levels of conflict over land and natural resources in pastoral areas can be prevented and/or if existing already, transformed into positive outcomes. The new note builds on the earlier, more general note on Engaging with Pastoralists. 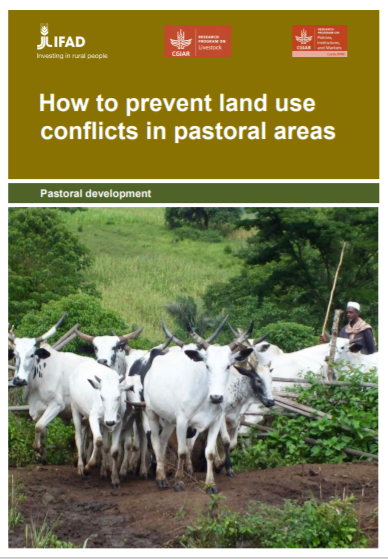 The note unpacks some of the land-related complexities associated with pastoralism and gives guidance on how to address the different parts of these complexities.  The document draws from the FAO guidelines on improving governance of pastoral lands (2016), bringing in experiences from the IFAD-supported country programmes. It identifies why land tenure is a complex issue within pastoralism and discusses the combination of factors that are contributing to more insecure pastoral tenure and triggering pastoral area conflicts. The note also introduces some of the frameworks, tools and approaches that can be used as part of project design to reduce the potential for conflict.

This work is supported by PIM as part of it's Governance of Natural Resources research flagship. 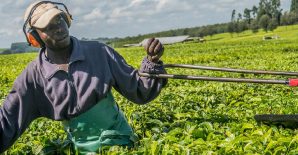