BEANS, BEANS, AND THE POWER OF GENES

Agriculture is one of the key foundations of human society. Agriculture has come to be recognized as an elemental component in improving the lives of people around the world given its multifaceted roles as an economic activity, as the foundation of human nutrition, and as a way of life. When seismic events such as the COVID pandemic or the 2008 crisis threaten to break the links between agriculture and the broader society, mankind is reminded of its dependence on agriculture.

Yet the current and future challenges to agriculture are unprecedented. Agricultural production and the rural way of life are among the first victims of climate change. Soil degradation threatens long-term sustainability. An imbalance in output of different agricultural products contributes to the triple nutritional burden of macro- and micro-nutrient malnutrition, and to non-communicable (chronic) diseases. Population growth demands that agriculture increase its output, at the same time as rural populations surrender to the fragility of their lifestyle and move to urban slums. All of this, occurring amidst a backdrop of climate change and increasing climate variability.

Strategic foresight analysis is one way to look at future trends in relation to their interaction with the agriculture system. Seldom has an objective foresight analysis been so needed to refocus agricultural research to meet these challenges. An initial analysis to inform the CGIAR research portfolio developed in cooperation with IFPRI and the PIM research activity on strategic foresight looked at total current economic value of crops by region. In order to provide support for targeted decisions for specific crops, such analysis must be extended to be holistic and futuristic in relation to the crop in question.

The Bean Program of the Alliance of Bioversity and CIAT has initiated such analysis for common bean (Phaseolus vulgaris) and presents a summary of its preliminary results in five policy briefs (see links to the set below).

Legumes have attracted increasing attention in recent years due to their multiple benefits for human nutrition and important role in crop rotations. Common bean is the grain legume of greatest direct human consumption. The policy briefs examine the future demand for common beans; their role for nutrition with reference to protein and micronutrient intake; how the bean yields can be improved and why it is important to invest in this crop.

Projections of the IMPACT model developed by IFPRI indicate that bean demand will rise sharply throughout the developing world, along with rising populations, both in absolute terms and relative to other staple crops. The surge will be especially pronounced in Sub-Saharan Africa, where population will surpass 2.5 billion by 2050. Growth in bean demand will be spurred not only by the larger number of mouths to feed, but also by the increasing per capita consumption of beans. In the future, consumers will not only eat more beans (because of growing income) but will seek new traits in the product, such as lower cooking time and added micronutrients (via biofortification). Specifically, the demand for precooked and processed bean is expected to grow in urban areas and in households with women engaged in rural off-farm employment. 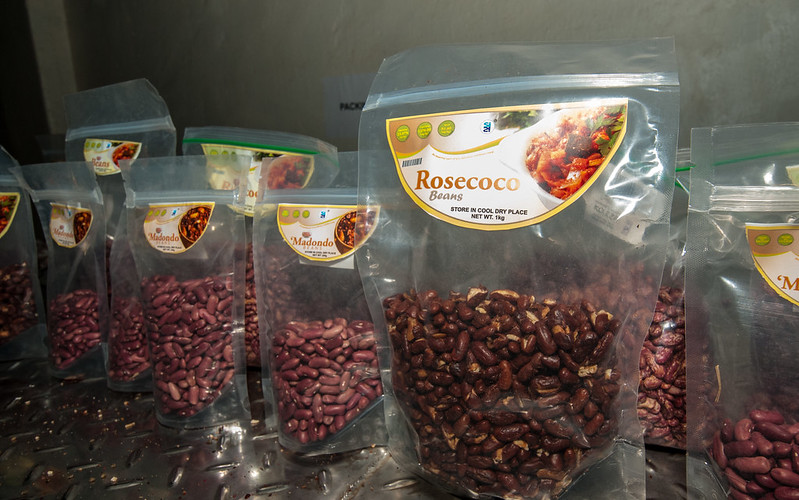 Bean producers are already struggling to meet current demand. As a result, this important source of protein and micronutrients becomes too expensive for the poor. Beans often complement cereals and other starchy foods and improve protein quality and intake in low-income households in Africa, but countries like Malawi are already suffering from a serious imbalance in cereal-legume consumption.

Furthermore, biofortified beans help fight anemia, a major public health problem in many low and middle-income countries. Biofortified beans contain as much as twice the amount of iron as common varieties and their consumption is documented to improve hemoglobin levels, and to enhance cognitive ability, brain function, and physical capacity. 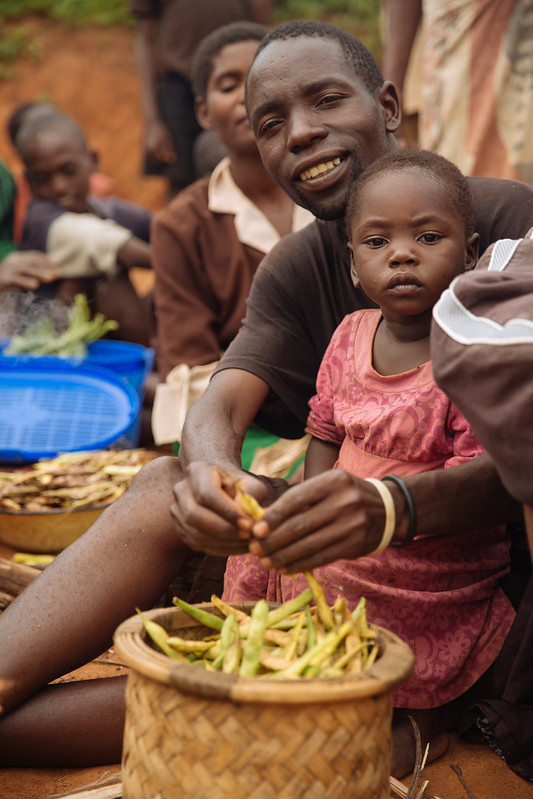 Bean yields must grow if beans are to meet their potential in combatting malnutrition; to do so while counteracting the effects of climate change the breeding process requires the strategic use of the genetic resources held in the gene bank of the Alliance of Bioversity and CIAT. Through using the genetic diversity of common bean and its close relatives in conventional plant breeding, bean yield under conditions of drought has improved by as much as 3% per year. Furthermore, there is great potential for improvement in conditions of low soil fertility that afflict much of the Eastern and Southern African bean growing regions. The Bean Program is in the process of modernizing its breeding decision making (stage gate) process in order improve the precision and speed by which higher yielding varieties are adapted to local soil and climate conditions, as well as to consumer grain type preferences (color, texture, size, etc.).

Advances in genetic research have been accompanied by renewed attention to improved crop management. The Integrated Crop Management (ICM) program of the Pan-African Bean Research Alliance (PABRA) and the CGIAR Excellence in Agronomy initiative, in particular, are well positioned to further enhance the impact of improved bean varieties. Bean yields in Ethiopia doubled over a ten-year period when improved crop management, new varieties, and enhanced market access were combined. The success of these efforts was supported through simultaneous focus on the enabling environment. Finally, the entire process was informed by economic foresight that helped researchers identify the potential benefits associated with the success or failure of technology uptake and improved crop management.

To sum up, from both economic and nutritional perspective, the common bean is under-represented in the diets of low-income populations. Future demand for beans, meanwhile, is projected to grow, as population, incomes, and rural-urban migration increase. Investment in the development of common bean varieties and value chains has the potential to significantly improve food security and nutrition in Africa and across the globe.

Steve Beebe is former leader of the Bean Program at the Alliance of Bioversity and CIAT. PIM supported this work as part of its Flagship 1: Technological Innovation and Sustainable Intensification.